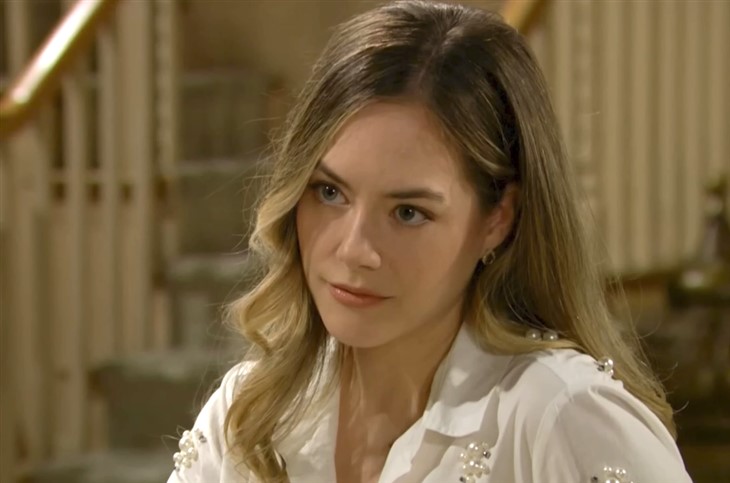 The Bold and The Beautiful spoilers and updates tease that when Hope Spencer (Annika Noelle) is invited to a Forrester family dinner, Liam Spencer (Scott Clifton) disagrees. Liam thinks it’s some kind of set up by Thomas Forrester (Matthew Atkinson) and she shouldn’t attend.

The Bold And The Beautiful Spoilers – It’s For Douglas Forrester

Hope maintains that she’s been invited so that she could be at a Forrester family dinner with Douglas Forrester (Django Ferri) along with Thomas and the rest of Douglas’ Forrester family. She thinks it’s a good thing, and especially considering she had previously gone to check up on Douglas to see how he was doing there but didn’t return home with him. Liam, however disagrees and disagrees strongly; it’s true that his mother in law Brooke Forrester (Katherine Kelly Lang) has been indoctrinating him, however.

Hope has a firm handle on her and Thomas’ relationship together regarding Douglas. They are co-parenting him, nothing more, nothing less although she wants him living with her and Liam more than with Thomas.

B & B Spoilers – Family Time Is Good

Hope doesn’t have a problem with Douglas wanting family time with both her and Thomas, since she’s the only mother he’s ever known. He wasn’t even out of diapers when his birth mother Caroline Spencer ll (Linsey Godfrey) died, so if he remembers her at all, it’s not with any detail. Thomas had asked Hope to step up and mother Douglas when he was unable to be a decent father, with all the problems he had.

Hope has seen a lot of improvement whereas Liam and Brooke have seen none at all on The Bold and the Beautiful, regarding Thomas’ “miraculous recovery” as nothing but a scam. Hope and Thomas don’t have to be living together or involved with each other to be mom and dad to Douglas, and she’s okay with them having time together with Douglas.

The Bold And The Beautiful Spoilers – Liam Spencer Suspicious

Liam remains suspicious no matter how Hope tries to reassure him the dinner is not a bad thing. He wasn’t invited and Hope points out this is for Douglas’ benefit more than anything else, so he can have dinner with his mom and dad at the same time. That makes Liam just more suspicious that it’s a setup on Thomas’ part and his obsession with Hope has returned.

Hope is not concerned that Thomas’ obsession has returned or he’d be stalking her, not inviting her to spend time with his family. Liam continues to try to talk Hope out of accepting the invitation but her mind’s made up, she’s going.