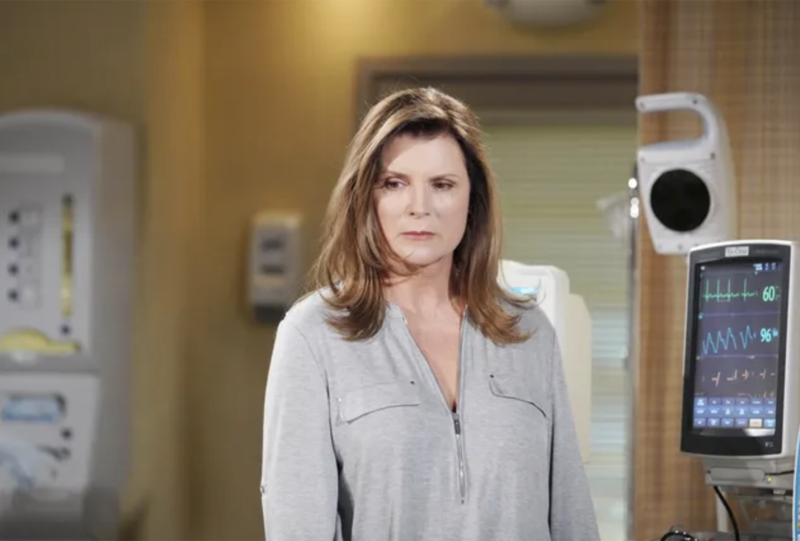 The Bold and the Beautiful spoilers document that John Finn Finnegan (Tanner Novlan) recognizes some of the dangers he faces. But Sheila Carter’s (Kimberlin Brown) son is not yet aware of the many hurdles he faces.

The daunting task of escaping B&B greatest all-time villain can not be understated. Will Finn likely do it? Sure. But at what cost?

Might Li Finnegan (Naomi Matsuda) have survived the plunge into the water only to return and lose her life? Could Jack Finnegan (Ted King) intervene and be eliminated by Sheila, who could have easily obtained or will obtain another weapon of human destruction? The answers to both questions are yes.

Steffy Forrester Finnegan (Jacqueline MacInnes Wood) still feels connected to her beloved husband, who is the father of her second child. But she has no way of knowing that Finn survived Sheila’s first shot.

Thankfully, Deacon Sharpe (Sean Kanan) went to dump garbage in the alley behind Il Giardino when he did. If not, Steffy and Finn almost certainly would have died.

Deacon’s reference to the plot point, during his conversation with Taylor Hayes (Krista Allen), was significant. Without one of Sheila’s perceived accomplices, her victims would be no more. So, that leads viewers to consider Mike Guthrie’s (Ken Hanes) importance now.

Bold And The Beautiful Spoilers – Next Chapter Is Unfolding

Mike’s incredible ability to be working at the Los Angeles, California prison, where Sheila was being held was followed by him appearing outside Li’s residence at the exact moment when Sheila needed a car to chase her. Yes, one instance was more soapy than the other.

Hanes’ character has expressed his deep skepticism about Sheila. He can see that she has not changed. So, Mike must know he could become one of Sheila’s next victims.

Sheila has not erased Mike in the past. But she has put herself in a dire situation that will naturally lead to life-threatening decisions.

When Sheila faces her mortality, just as Finn is, the Bold and the Beautiful spoilers show Sheila’s pattern is to protect herself. That was the shameless pattern viewers saw repeated when she did nothing to help Finn and Steffy and instead made the scene look like a botched robbery and then took off.

Bold And The Beautiful Spoilers – How Long Until John Finn Finnegan Is Free?

Fans are in the middle of summer. They could be watching Sheila keep Finn hostage for weeks on end, possibly heading toward or into September if the setting shifts once or more along the way.

Jack’s return indicates that he will become aware of Sheila’s location and hopefully Finn’s presence. Mike’s first test likely will happen then, as he could work with Jack against Sheila or unfathomably protect the woman to who he has been foolishly loyal for many years.