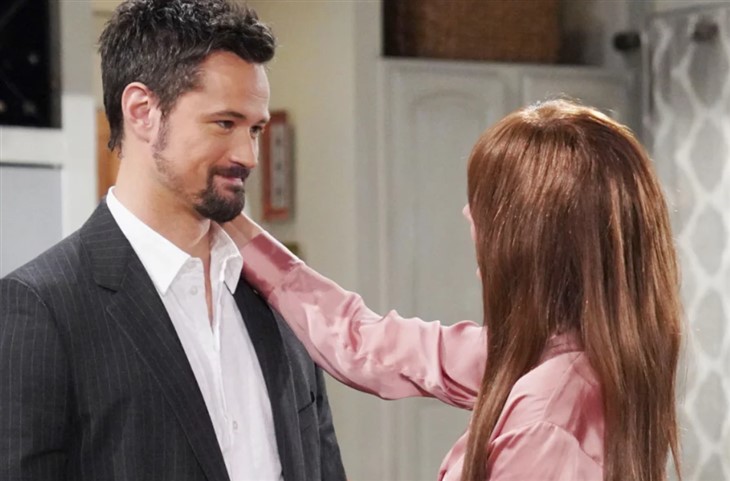 The Bold And The Beautiful spoilers indicate that instead of enlisting another therapist, Taylor Hayes (Krista Allen) thought she could save her son. Taylor learns that her therapy wasn’t enough as Thomas Forrester (Matthew Atkinson) continues to decline. Can Taylor accept this failure?

The Bold And The Beautiful Spoilers – Thomas Forrester Isn’t Better, Just Better At Hiding The Truth

The Bold and The Beautiful spoilers reveal that Thomas’ family all thought that he was better after his session with Taylor. However, Thomas has certainly proven recently that he is just better at hiding the truth. Taylor, as well as Ridge Forrester (Thorsten Kaye), have been gushing about how good Thomas is doing when Brooke Logan (Katherine Kelly Lang) sees the truth.

Brooke has tried to tell everyone that Thomas is not better but no one is willing to listen to anything she says. However, the depths of Thomas’ illness is about to come to the forefront when the truth about the CPS call is revealed. Brooke does not even know what she is being accused of but her marriage is over. Ridge is ready to marry Taylor and the only person who realizes the truth is Douglas Forrester (Henry Joseph Samiri).

Ridge and Taylor will soon see the lengths that Thomas has gone to so that his parents would reunite. Presently, neither of them has any idea that Thomas is the one who made the call to CPS using Brooke’s voice. However, Douglas knows that truth and is racked with guilt because his father is forcing him to stay quiet. After all, Douglas is the one who showed Thomas how to use the app.

Not only will Taylor learn how Thomas used the voice app to frame Brooke, but also how Thomas is pressuring his son to lie. Douglas knows that his father is wrong and simply wants to do the right thing. However, Thomas won’t allow Douglas to tell the truth. Who will Douglas turn to so that the truth about Thomas’s misdeeds is exposed?

The Bold And The Beautiful – Thomas Forrester Is Not Acting Rationally

Thomas is far from acting rationally with everything he has done lately. Once the truth comes out about the phone call, Hope Spencer (Annika Noelle) may come clean about the attempted kiss as well. Thomas may also have forced Hope’s hand on the custody issue as well. After all, Thomas isn’t acting like a man show should have custody of his child.

Thomas is mentally abusing Douglas. Even Taylor cannot deny this fact. Will Hope take Douglas away from Thomas again? Should Thomas have any contact with Douglas at all? Will Taylor insist that someone else help Thomas since her therapy certainly didn’t work?

90 Day Fiancé: Mike’s Mom Tackles Natalie, Says She Used Him To Get To US