B&B Spoilers: Deacon Does Not Recognize Criminal – Sheila Has A New Problem 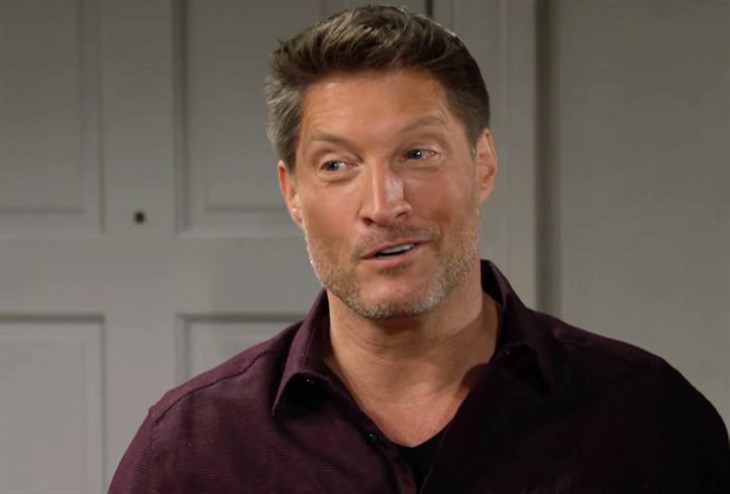 The Bold and the Beautiful (B&B) spoilers document that Deacon Sharpe (Sean Kanan) has no idea Sheila Carter (Kimberlin Brown) is hiding in plain sight. He tapped his inner strength when telling this unknown murderer that her son was dead.

Deacon does not know that Sheila was trying to kill Steffy Forrester Finnegan (Jacqueline MacInnes Wood) when John Finn Finnegan (Tanner Novlan) stepped in front of the gun. He took the bullet that was meant for his wife and died within moments of the shot being fired.

Kanan’s character was fortunate to happen upon the crime scene while emptying the garbage, or Steffy likely would have also died.

Sheila is the greatest villain in B&B’s history. That claim is fair to dispute, but devoted fans would need to come hard with intense evidence of whoever else could lay claim to this dark title.

Finn and Steffy’s loved ones have accurately described the person who appears to have robbed them before or after the shooting as a monster. Of course, those who are connected to the victims do not know if one or more people confronted that married couple behind Il Giardino.

Viewers know that Steffy fatefully followed Sheila to the alley and that Finn somehow knew to go there. Yes, the positioning of Novlan’s character in the line of fire is a bit of a thin spot in the violent plot. Yet, it is still a compelling storyline.

Applying the witch tag to Sheila is apt. She was such a heinous creature when thinking of her hide after shooting Finn and not allowing Steffy to call for an ambulance.

Then, after stopping Steffy with a bullet, Sheila defaulted into self-protection mode by making the scene appear like a robbery gone fatally wrong. What an immense fiend she was to have left Finn for dead and in hoping that Steffy would follow him.

However, Deacon has not put together what happened because he does not have enough soapy information. But his proximity to Sheila makes him the number one person in the world who will solve this mystery.

The Bold And The Beautiful Spoilers – Deacon Sharpe Next To Be Silenced?

Sheila’s thirst for self-preservation will kick in again if she believes that Deacon is onto her. She would strike like a Cobra which is an implied nod to other parts of Kanan’s career efforts if Deacon even senses that she is the shooter.

Deacon is sharp but nowhere near as heartless as Sheila. So, fans will be watching intently to see if Sheila reveals herself or Deacon’s insight helps break this unsolved case.