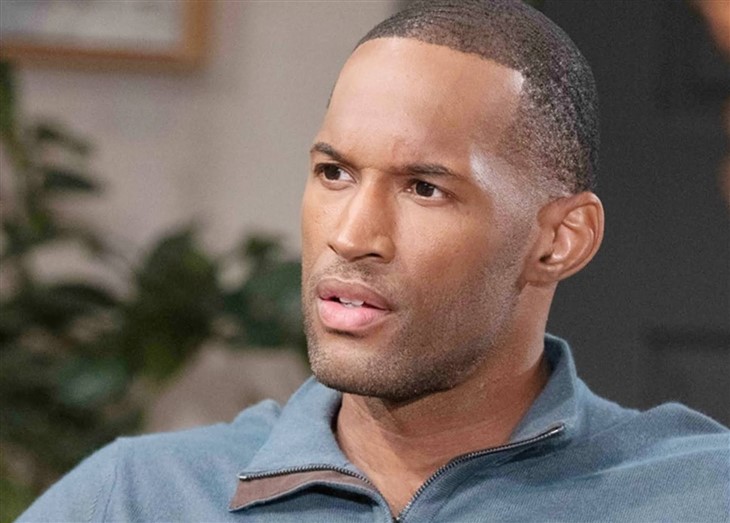 The Bold and the Beautiful (B&B) spoilers tease that Carter Walton (Lawrence Saint-Victor) learns a juicy secret that could alter the lives of everyone’s lives during the week of 21. We can assume that Carter learns the truth about the CPS call.

If Thomas Forrester (Matthew Atkinson) isn’t scared of the truth coming out, he should be. When Ridge Forrester (Thorsten Kaye) learns the truth about that call, he will be furious. This betrayal could likely alter Thomas’s relationship with his father.

Next week on B&B, Carter overhears a mind-blowing secret. There’s a good chance the person he overhears is Thomas, but who is the other person? The social media buzz is that Thomas will be talking to Douglas Forrester (Henry Joseph Samiri).

Thomas seems hellbent on convincing Douglas that the end justifies the means regarding the fake CPS call. Douglas is uncomfortable with the idea and thinks his dad should come clean. He doesn’t think it’s fair that Ridge ended his marriage to his grandma Brooke Logan (Katherine Kelly Lang) over a lie.

Right now, Douglas agreed not to tell anyone, but that won’t last forever. The secret is weighing heavily on his mind. Eventually, he will need to tell someone.

Carter is Ridge’s best friend and wants what’s best for him. He voiced his concerns about Ridge jumping into another marriage so quickly. He urged his pal to wait a while and make sure marrying Taylor Hayes (Krista Alen) was the right decision.

If Carter finds out that Thomas faked Brooke’s CPS call, he could be the one who stops Ridge and Taylor’s wedding. Since Carter has been on the fence about how he felt about Ridge’s decision to marry Taylor, he won’t be able to keep his mouth shut about this wild secret.

Other B&B spoilers state that Steffy Forrester (Jacqueline MacInnes) will lose her cool about a situation. When the secret comes out, she’ll be furious with her brother. His scheme will destroy their parents’ fresh start and could put the family in a tough spot.

It’s clear that Steffy will have much to say about her brother’s shady plan. It will be a must-watch week on The Bold and the Beautiful.

B&B fans, do you think Thomas will be able to redeem himself after this CPS stunt? This site is a leading source for everything linked to The Bold and the Beautiful. Check back regularly for B&B spoilers and news!