B&B Spoilers: Brooke Gets Upper Hand, But Taylor’s Not Out Yet 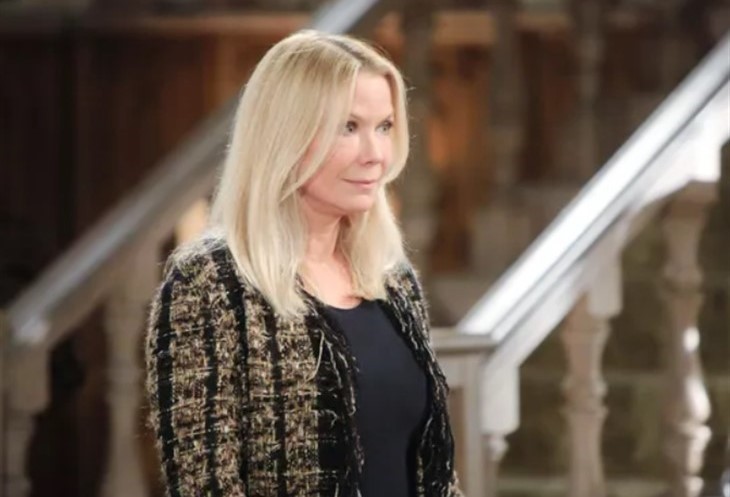 The Bold and the Beautiful spoilers reveal that Ridge Forrester (Thorsten Kaye) is back with Taylor Hayes (Krista Allen). However, Brooke Logan Forrester (Katherine Kelly Lang) will continue trying to get her husband back. During the week of March 7, “Bridge” expresses their love for one another. However, this doesn’t mean that “Tridge” is over yet.

The Bold And The Beautiful Spoilers – Sheila Carter Dropped Clues

B&B spoilers reveal that Sheila Carter (Kimberlin Brown) couldn’t help but pay Brooke a visit. Even though Sheila’s plan succeeded and Brooke’s marriage is in shambles, the villain isn’t getting credit for it.

Sheila is the type of person that doesn’t want her scheme exposed but needs to be given credit. As fans recall, Sheila dropped a lot of clues to Brooke that the relapse could have been planned without something right out and saying it.

During the week of February 28, Sheila leaves Brooke’s house and goes to Steffy Forrester Finnegan’s (Jacqueline MacInnes Wood) home to visit Taylor. However, Taylor isn’t there and Sheila instead has to deal with Thomas Forrester (Matthew Atkinson).

Even though Sheila and Thomas get into a verbal war at first, the conversation ends civilly. In fact, Thomas realizes that Sheila is responsible for “Bridge” breaking up and “Tridge” getting back together. It doesn’t mean Thomas is comfortable with keeping the secret, but does understand how Brooke pushed Sheila too far.

The Bold And The Beautiful Spoilers – Ridge Forrester’s Declaration

The Bold and the Beautiful spoilers for the week of March 7 reveal that Ridge and Brooke will have a conversation. Brooke tells Ridge how much she regrets drinking and kissing Deacon Sharpe (Sean Kanan). Brooke will probably also apologize for defending Deacon. Ridge ends up declaring his undying love to Brooke. Ridge will also express the things that he regrets.

B&B Spoilers – ‘Tridge’ Not Over Yet

Even though it seems as if Brooke gets the upper hand and gets closer to winning Ridge back, Taylor’s not out of the running yet. Ridge will continue to be torn between the two women. Plus, Taylor might have initially tried to avoid getting involved in a love triangle.

Taylor is now allowing her heart to open to Ridge again. Ridge continues to give Taylor hope by moving forward with her. So, when Brooke gets the upper hand, Taylor might not back off. Taylor could be ready to fight for Ridge’s heart. With that being said, will Taylor be willing to play dirty in order to win? We will have to keep watching the CBS soap to find out.