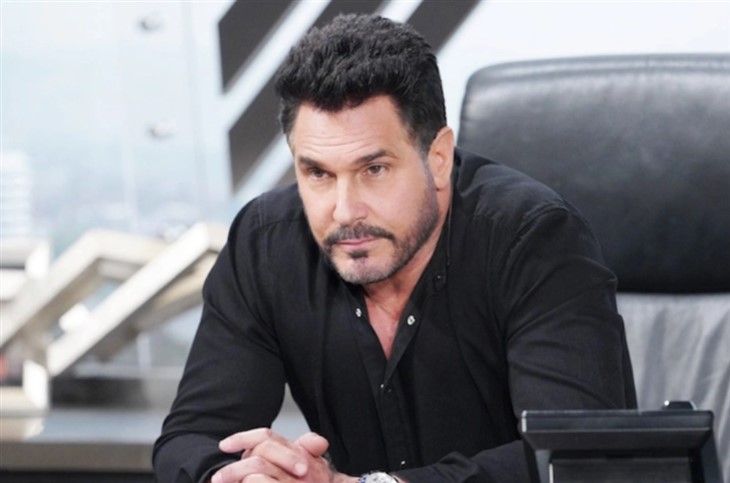 The Bold and the Beautiful spoilers reveal that Bill Spencer (Don Diamont) will get roped into Brooke Logan Forrester’s (Katherine Kelly Lang) drama. Bill and Ridge Forrester (Thorsten Kaye) can stand each other. Bill has always been baffled over Brooke’s commitment to Ridge. The head writer teased Ridge’s romantic future as well as what happens with Bill.

The Bold And The Beautiful Spoilers – Supporting Steffy Forrester Finnegan

However, Bill will also be around. Bill will do everything in his power to help Steffy as she struggles with losing John “Finn” Finnegan (formerly played by Tanner Novlan).

Bill’s way of helping Steffy is by having his own people do an investigation into Steffy and Finn’s shooting. Bill will also advise Liam on how to be there for Steffy while maintaining his marriage to Hope Logan Spencer (Annika Noelle).

However, that won’t be the only relationship Bill will get involved in. During May sweeps, Bill also interacts with Ridge.

The Bold And The Beautiful Spoilers – Ridge Forrester Moves On

The Bold and the Beautiful spoilers for May sweeps reveal that Ridge will be torn between Brooke and Taylor. However, head writer and executive producer Bradley Bell hinted to Soap Opera Digest that “Tridge” might be the future.

“Bill is going to be a part of advising Liam during this time. Liam loves and is committed to Hope, but when he sees Steffy in distress, he wants to be there for her and Kelly Spencer (Sophia Paras McKinlay). So, Bill is a great confidant to Liam.”

“Katie [Logan, played by Heather Tom] is not really available right now because Heather is directing Dynasty but Bill will be in the mix with Brooke and Taylor and moving forward.”

Bill will waste no time expressing his feelings to Ridge. However, Bill might not realize that Brooke has another option for love. If Ridge takes too long to go back to Brooke, she might end up with Deacon Sharpe (Sean Kanan). The head writer told SOD that Deacon is a one-woman guy and supports Brooke through everything. How will Bill feel if Brooke and Deacon become an official couple?

What do you think Bill is going to say to Ridge? Will Ridge decide on Taylor, only to regret walking away from Brooke? By the time Ridge comes to his senses, will Brooke have moved on with Deacon?