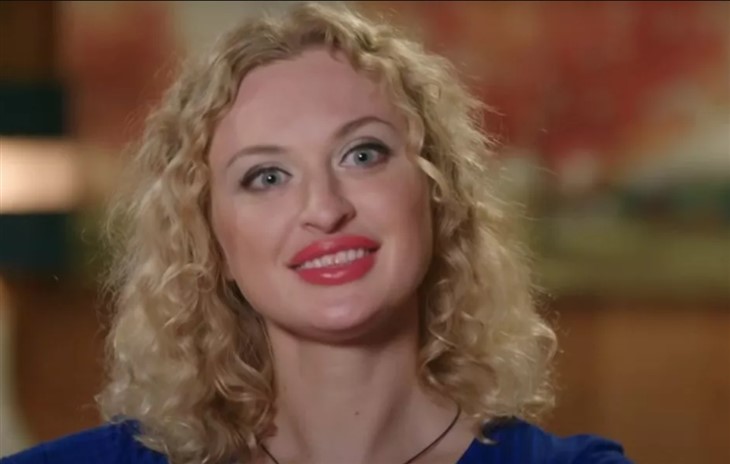 90 Day: The Single Life spoilers reveal that fans were excited to see that Natalie Mordovtseva and her mother were seen together on Halloween in Los Angeles. They were seen with cameras following them around too! This is great news for many reasons. First, her mother is safe in the United States with her and out of the war that is happening in Ukraine right now. Second, fans of the show are excited to see that cameras are following them and this seems like a sure sign that Natalie will be on another season of the 90 Day Fiance franchise.

The photos were seen on social media this past week and fans think that they looked as if they were having a very serious chat in them and they wonder what it could have been about. We discovered recently that Natalie’s ex-husband, Mike Youngquist is actually the one who helped her mother get out of Ukraine. He bought her a plane ticket to Bulgaria and now it looks as if she may have gotten refugee status in the United States. This means that she will be spending a lot more time with Natalie than she ever expected.

Natalie’s fans were quick to share just how glad they were for her mom being in America now and how it must be very exciting for both of them. There were many comments about the fact that Mike is still paying for a lot of Natalie’s expenses though. The fact that he paid for her mother to get to the states is amazing and very thoughtful. Did he think that he was getting something more out of it though?

As we have seen on 90 Day: The Single Life, Natalie has been dating around and according to her, sleeping with men without protection. She really does want to find the perfect man for her, but from what we have seen, she has chosen men who are pretty unavailable for everything that she wants from them. Natalie is currently dating Josh Weinstein, on the show, and he already has children. She wants to be exclusive with him, but she also wants to have children of her own. He is incredibly busy and has mentioned that he can’t make time for raising a baby right now.

Many fans think that because her mom is in the states now, she will more than likely stop dating around so much, and hopefully, she will stay grounded to help out with her mother and what comes her way while she is in the states.

Y&R Spoilers: Victor’s Hate For Sally Is Misplaced– Why Is She Blamed For Adam’s Mistakes?