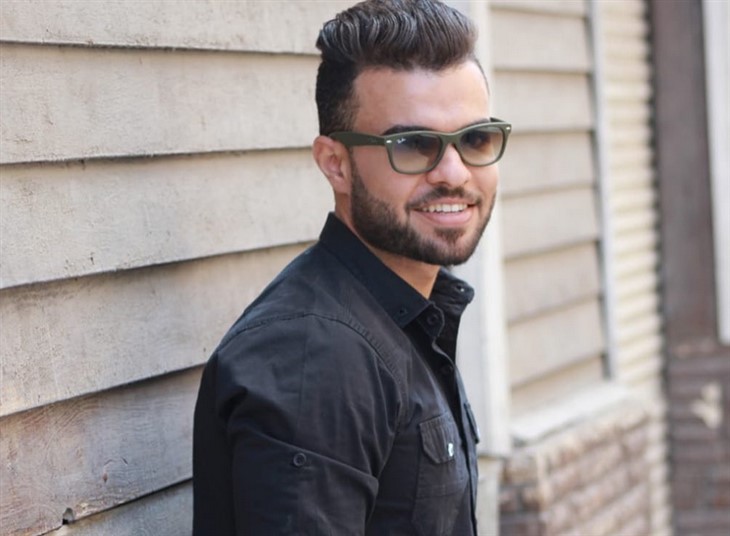 90 Day Fiance spoilers reveal that fans think that Mohamed Abdelhamed could have been deported since he started posting a series of photos from Egypt. He shared a reel with his fans that included pictures of his homeland and it is clear that he misses it or that he is there.

The relationship between Mohamed and his wife, Yve Arellano has been crazy. They met when he made comments about her Instagram photos and they soon started talking every day. She went out to Egypt to visit him a few times and then he came to the states so that they could get married. There were many cultural and religious differences and soon the red flags started to show.

On the Tell-All episode of 90 Day Fiance, we learned that Yve had found text messages from another woman to Mohamed, She just knew that he had been cheating on her and although he told the cameras that he made a mistake, it didn’t seem like he wanted to fix their marriage. It seemed that he just wanted a green card.

90 Day Fiancé Spoilers – Did He Get Deported?

Mohamed claimed that Yve had abused him and he even recorded the fight for evidence. She was not given any charges and it seems as if he was trying to get a U-visa. This is the type of visa that an immigrant can receive if their spouse is abusive to them. He was trying to solidify a green card and this was his way to do it since clearly, he didn’t want to be with Yve.

Now his followers on Instagram have started to ask questions about the photos that he has put up. He is now fueling the rumors that he has been deported with these photos. He didn’t caption any of the pictures, but followers were quick to ask him if he had gotten deported. It looks as if he did not reply to any of the followers’ questions, so we will just have to wait and see what happens.