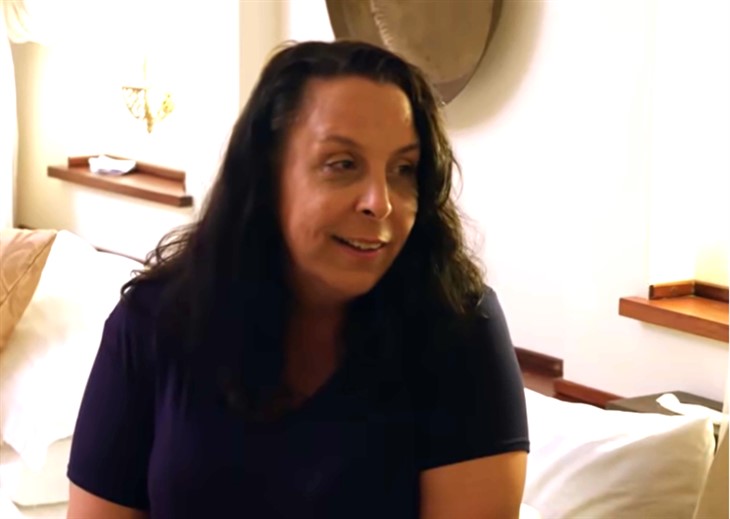 90 Day Fiance spoilers reveal that fans of the show are looking forward to hearing what is new with Kim Menzies and Usman Umar. The last time we saw them was during the Tell-All episode and that is when Kim found out that Usman had called his ex, Zara and it aired on the show. This was the first time that she had even heard that he called her and she was very upset by this. It seemed as if she wanted to talk about this after the show and fans hoped that they worked it all out.

Kim has been pretty quiet on social media, but her newest post gives her fans some more insight on what is going on with her relationship with Usman. When the show ended, Kim finally got her wish of being Usman’s girlfriend and it seemed as if they were very happy to be together finally. Followers of the show were sure that Usman and Kim had broken up and the rumors really have started to fly since the Tell-All aired. Kim decided to set her followers straight on what was going on with them.

She posted a video of the two of them together in Tanzania and she captioned it, “Literally paradise! Can we go back now?” It was great to see that Usman was one of the first people to reply to her post. He wrote, “Kimbaaaaaaaaaaly. My love for you will never die!” Then Kim wrote back, “I love too mahaukaci mutum.” Of course, her fans had a lot of questions about the couple and it seems that they are doing well still.

Her fans had a lot of questions about seeing Usman again, but she didn’t answer too many of those. They also asked about marriage, but she avoided those as well. We do know that she will appear on 90 Day Fiance: Pillow Talk with her son, Jamal Menzies. Fans are very excited to see them together again!

Y&R Spoilers: Phyllis Stressed To The MAX, A Fairview Stint To Come…