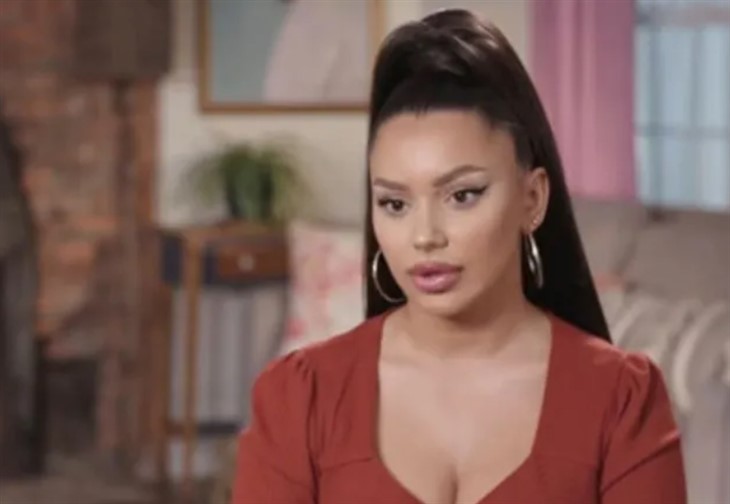 90 Day Fiance Season 9 premiered and almost immediately, an outcry arose about Miona Bell and Jibri. They sparked gossip across social media. Miona, who comes from Serbia met Jibri when he was in her home country as the frontman of the band Black Serbs. She seems like a nice enough person, but fans accused her of Blackface. Well, she slammed her critics on Instagram and defended her Serbian culture.

One of the first things that got up the noses of fans, is that the new TLC stars reportedly married about two years ago. Actually, fans will put up with a lot of scripting but they draw the line at fakery. After all, who wants to know that they married ages ago, and the current season is practically just a reenactment? Well, the anger didn’t stop there, as some folks on Instagram and Reddit discovered that she seemed to appear to be using Blackface to go Blackfishing.

90 Day Fiance critics lashed out at Miona because of her cultural appropriation. For the Serbian, it must be a bit hard to cope with the backlash of cultural America. However, she defended herself and raised an interesting point. What is culturally offensive in America, isn’t necessarily Blackface in Serbia. Is the star making Blackface to go Blackfishing? Fans seem convinced of it. So, Miona can hardly be blamed for slapping back at critics.

If you are not an American, you might not know that folks frown on people trying to look Black when they are not. It’s certainly not viewed as honoring or respecting or admiring another culture. So, that explains why so many TLC fans slammed Miona and JIbru. Taking to Instagram on April 22, she posted up some card and screenshots which are shown below. Then, in her caption, she said, “In case you didn’t read it, hear you go, (sic). You still think it’s okay to abuse someone on the internet that you don’t know? Think again.”

90 Day Fiance fans were educated by Miona on the fact that braids have been used in Serbia for about 100 years or more. Additionally, she pointed out that they are “Traditional Braids hairstyles From [The Balkans].” As for Blackface being an insult to an ethnic culture that suffered under slavery, as you can see, her own family suffered “occupation and slavery.”

90 Day Fiancé Spoilers – Death Threats Taking It Too Far
Screenrant reported that 90 Day Fiance star Jibri claimed that Miona Bell actually gets death threats for Blackface and Blackfishing. Really, that seems over-the-top given her Serbian culture that long ago started using braids. What are your thoughts? Do you think she has a valid defense? Sound off in the comments below.