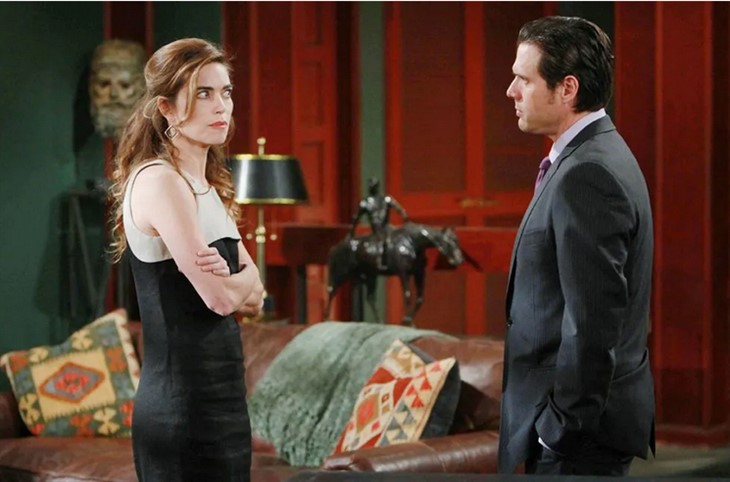 The Young and the Restless spoilers indicate Nick’s return from New Jersey prompts Ashland to come clean. Instead of thanking her brother for giving her the facts, Victoria turns on him in an angry rage.

The Young And The Restless Spoilers – The Moment Of Truth Arrives

Nick Newman (Joshua Morrow) returned from New Jersey and confronts his sister and her fiancee at Crimson Lights. When he mentions the name Bobby DeFranco, Ashland Locke ( Richard Burgi) admits this was his birth name. He says he was born Robert DeFranco and had a friend that no one knew about who was the real Ashland Locke. Victoria Newman (Amelia Heinle) listens intently as her fiancee says how the two men were so close they had matching tattoos on their legs.

One day Ashland wrecks his vehicle, and it becomes engulfed in flames. Bobby was thrown clear and attempts to get his friend out. He pulls at Ashland and only gets his wallet then moves away just before the car explodes. The body is identified, as Bobby DeFranco because of the tattoo and the wallet bearing that name that was found at the accident scene.

The Young And The Restless Spoilers – Nick Gets His Reward

Ashland says he ran away and sought a fresh start in life, but Nick has a lot of unanswered questions. Vicki is angry but she takes her fury out on her sibling by screaming at him “How could you?” Later Nick finds his sister in her office and she tears into him again leaving Nicholas stunned. He cannot believe Victoria is angry at him for revealing the facts.

Y&R spoilers tease Vicki doesn’t believe something that happened 40 years ago should stop Ashland from finding love now. She believes he is dying and only wants to enjoy every moment with Ashland and for everyone to leave them in peace.