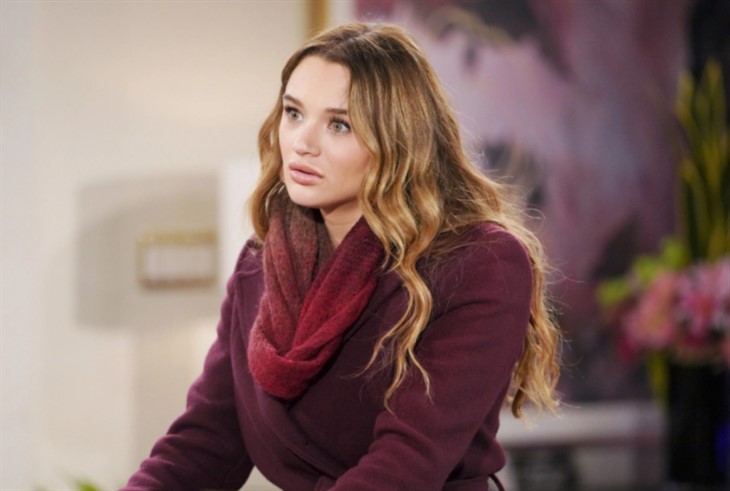 The Young and the Restless (Y&R) spoilers document that in Genoa City, Wisconsin, Summer Newman (Hunter King) is steadfastly standing by the man she loves. But Kyle Abbott’s (Michael Mealor) past actions and current decisions are injecting needless pressure into Skyle’s reality.

Fans now know that Kyle’s involvement with Tara Locke (Elizabeth Leiner) could mean that he’s the father of her son. But Ashland Locke (Richard Burgi) appears to believe that Harrison is his son.

How the Lockeness Monster becomes fully aware of what happened in New York in the later part of the last decade will soon be known. As that drama plays out, Summer will be further drawn into her soul mate’s crisis. That will continue the process of Y&R flipping Skyle’s roles.

Kyle was positioned as the stable half of Skyle. Summer’s zoom-zoom back into town a handful of years ago made her the devolved character. That bad reputation persisted for a few years, alienating Kyle along the way.

However, Summer has clearly matured. That’s a fortunate development for Kyle, as the self-involved version of King’s character likely would have publicly chewed him out and potentially dumped him based purely on the Tara relationship gossip.

The Young And The Restless (Y&R) Spoilers: Sally Risks Jack Relationship – Gets Too Close to Kyle’s Ashland Problems

Mealor’s character isn’t thinking straight. He is afraid of Ashland and hasn’t been able to bring himself to seek Harrison’s paternity truth.

Tara’s comments about her son are understandable. She’s trying to protect the three-year-old and herself, as Ashland’s dark presence is ominous in this developing situation.

So, Summer is right to have asserted that Kyle must know if he’s the father. That information must be determined so that a plan of action can be taken. No one should assume anything until a trusted, conclusive test proves it.

At the same time, Kyle must prepare himself for a confrontation. He needs to be ready to face Ashland regarding his relationship with Tara.

The Young And The Restless Spoilers – Ashland Locke Is Highly Perceptive

Ashland noticed the eye exchanges between his wife and John Abbott’s (Jerry Douglas) grandson. He sensed that Tara and Kyle were at least familiar with each other before the Grand Phoenix introduction.

The Young And The Restless (Y&R) Spoilers: Chelsea’s Chilling Plan To Slam Adamhttps://t.co/Y9lGDfXbsn

It’s fair to wonder if Ashland will fiercely retaliate against everyone who Kyle is connected to once he learns what happened in New York, whether or not Harrison’s paternity status eventually adjusts?

Kyle and Summer haven’t accounted for the fact that Ashland has an emotional attachment to Harrison and will be distracted for an unknown period when whatever type of reveal happens. So, that gap could allow Skyle to stick together, rather than be divided by the drama.