The Young And The Restless (Y&R) Spoilers: Is There A ‘Young Love’ Doctor In The House-pital? 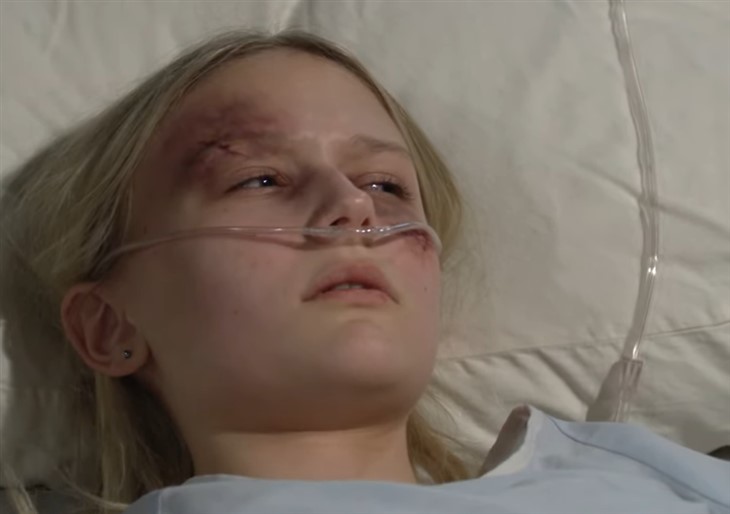 The Young and The Restless (Y&R) spoilers and updates reveal timing is everything and sometimes what starts out as a bad thing can blossom into something beautiful. Enter pre-med student, Moses Winters (Jacob Aaron Gaines); meet hospital patient, Faith Newman ( Alyvia Alyn Lind), (for now). It’s a match made in “Hospital Heaven.” And Faith who probably wants to give up on life will now have something to live for. At least that’s what the spoilers are saying. But they also say the “triangle romance gods” who couldn’t care less about the tender ages of “young lovers” are lying in wait, to bring the drama!

The Young And The Restless Spoilers – Jordan Jealous Of Faith Newman! Hates Sharon Newman Too!

Misery loves company and maybe at a later date we’ll learn about Jordan’s (Madison Thompson) misery-filled back story, (she has to have one, doesn’t she?) Don’t they say that “Hurting people, hurt people?” but for now, somebody needs to put this girl in serious check! There are rumblings from the spoiler volcanos that Jordan may also be a part of Chelsea Lawson (Melissa Clair Egan) “Team Terrible” crew.

After all, Jordan has had access to Sharon’s home when she and her husband Rey Rosales (Jordi Vilasuso) haven’t been home. She could have gotten her hands on an extra house key when she spent the night there. Y&R spoilers suggest that it could be Jordan’s hand that rocked the “World of Rey Rosales” with the poison that almost took him out of here! Right now, both Chelsea and Jordan seem to be getting what they want. But things sometimes have a way of going sideways. We’ll just have to wait and see what the spoilers reveal.

Why is Chelsea Lawson ( Melissa Claire Egan) counting her revenge trophies before she reaches the finish line? Not so fast Chelsea! It won’t be long before Chelsea is found out. The spoilers tease that her time is just about up. Adam Newman (Mark Grossman) knows it’s all her. It seems, he will convince Sharon Rosales (Sharon Case) of this, and together they will work to see Chelsea’ butt carted off to jail or maybe run out of town riding in her unnecessary wheelchair prop.

The rumor mill is overflowing with opinions about who the unknown stranger is that got Faith to the Genoa City Hospital (you know, the hospital with ONE doctor? Yeah, that one.) His initials are NATE HASTINGS (Sean Dominic). The spoilers say, Of course, Adam is the one who brought Faith Newman ( Alyvia Alyn Lind), (for now) to the hospital. It’s perfect! How else will he ever get back into the good graces of (all) the Newman’s; oh yeah, and Rey too? But most importantly, it’s the way he’ll get back into Sharon’s bed.

Stay up on the latest happenings! Here, where Spoiler Tea is served “Hot” and is always good!

Lead Vocalist Of Confederate Railroad, Danny Shirley Is Down With Back Injury

Royal Family News: Piers Morgan Will Not Be Silenced, Plans A Tell-All Interview