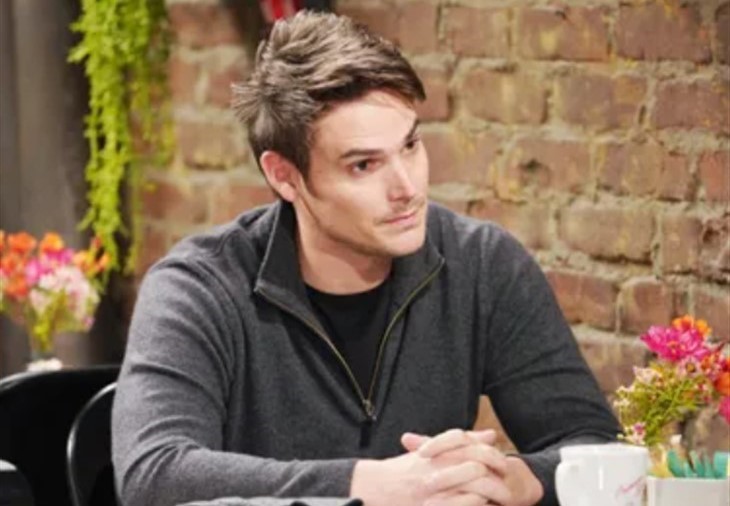 The Young and the Restless (Y&R) spoilers document that in Genoa City, Wisconsin Adam Newman (Mark Grossman) is no angel. Neither is Chelsea Lawson (Melissa Claire Egan), which allows a subjective question to be asked. Is she unfairly targeting Adam?

There is no argument that Adam wronged Chelsea by having her kidnapped. But he wasn’t in his right mind at the time. That’s not an excuse, but an explanation.

Chelsea’s stroke followed the blow Adam’s hired goon applied to her head. But the subsequent period of paralysis and Chelsea’s inability to speak warped her ability to think clearly.

The Young And The Restless (Y&R) Spoilers: Sally Risks Jack Relationship – Gets Too Close to Kyle’s Ashland Problems

Young And The Restless Spoilers – Sharon Rosales Is A Real Threat

Chelsea was not and is not over-thinking the situation when it comes to Sharon Rosales (Sharon Case). Adam and Sharon were increasingly emotionally involved, which led to their digitally documented kiss at Society.

The above event confirmed Chelsea’s suspicions, which would have been wrongly portrayed as paranoia by anyone who underplayed Adam’s history with Sharon. However, even that break of trust will not justify anything that Chelsea is plotting against the assumed, reviving Shadam.

Chelsea will be at fault if she proves to be directing the cottage thefts. Responding to bad behavior with bad behavior is never right, regardless of what one’s emotions direct.

Chelsea has also convinced herself that Adam is reverting to a bad form. She thinks he’s trying to please the unpleasable Victor Newman (Eric Braeden).

Egan’s character has benefited from the Newman family’s largess, which includes living in the plush penthouse with all its attached perks. She, like Adam so often through the years, is willing to enjoy the fruits of what was mostly Victor’s labor while also chiding the Moustache when it’s convenient.

Victor recently told Adam that Chelsea is a good mother and has stood by him in recent times. Braeden’s character also said that she’s not someone who he trusts. So, part of Chelsea’s animus for Victor is linked to her awareness of his instinct.

The Young And The Restless (Y https://t.co/9fvAruGEvS

Young And The Restless Spoilers – Adam Newman A Fall Guy?

Adam has demonstrated that he prefers Sharon over Chelsea. On that point alone Chelsea is justified in wanting to leave him. But the choice to cloak her recovery is Adamesque.

Chelsea believes that the only way she can break from Adam for good, with whatever that means, is to execute a plan. Chloe Mitchell (Elizabeth Hendrickson) is one known person that has been enlisted in this effort.

All Chadam fans and those who are not would have to admit that Adam and Chelsea’s connection is tied to their similar personality traits, which includes self-preservation. So, a good bet would have Chadam splitting the difference of any revenge victory pot that is simmering.