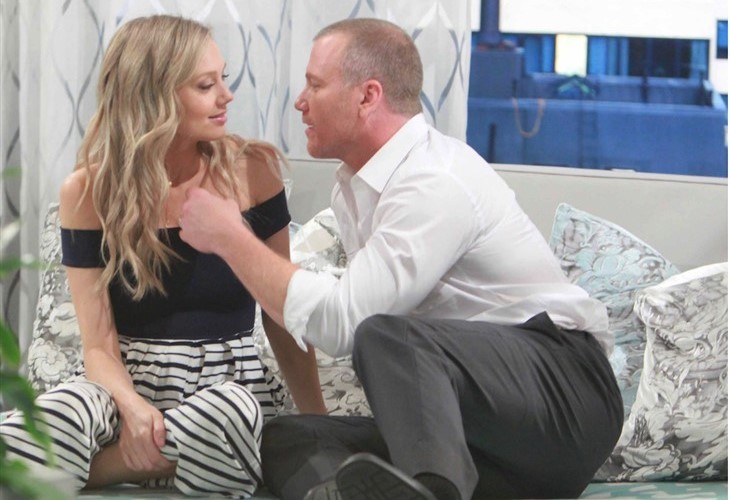 The Young and the Restless (Y&R) comings and goings spoilers reveal that what goes around comes around and in this case it’s an old beau of the Naked Heiress.

That’s right Y&R fans, Dr. Ben “Stitch” Rayburn is coming back to Genoa City, Wisconsin, with Sean Carrigan reprising the role of Abby Newman’s (Melissa Ordway) ex husband, while coincidently her current husband is MIA. And while she is pregnant via a surrogate.

According to Michael Fairman Y&R spoilers, Carrigan is back much sooner rather than later. Fans should expect to see the handsome and talented doc on-screen on Friday, June 25. That should be a heck of a Friday Cliffhanger.

Stitch left The Young and the Restless in 2017 to move to Iowa for work and help care for his son Max (Jared Breeze). Max was a very naughty boy, but he had a brain tumor. Before he was diagnosed he maliciously set up Abby to lose her unborn baby whom he was jealous of. Max tied a string across the stairs, Abby tripped, and sick Max gloated. Hopefully he has been rehabbed following surgery and long term care. There is no word on the character’s whereabouts or possible return.

Carrigan debuted on the CBS soap in 2013 as Dylan MacAvoy’s (Steve Burton) war buddy. Stitch and Abby wed in 2015 but the union didn’t last, due to the destructive behavior of his son. Stitch was greatly upset about everything but Abby wasn’t ready to move forward with Stitch and his son.

Will Abby and Stitch reignite their old flame on The Young and the Restless? They were ready to be a family at one time, before tragedy struck.

Stitch will discover that Abby has moved on without him on The Young and the Restless, and is anxious about her husband and baby to be. It is like deja vu all over again and this scenario could bring old feelings back to the surface. Or maybe Stitch knows everything after spying through the window on Abby?

Abby and her husband Chance are going to have a baby through the help of surrogate Mariah Copeland (Camryn Grimes) and sperm donor Devon Hamilton (Bryton James). In the meantime Abby and her posse sit around and do things like take up needlepoint, eat gross food combos and worry. And then worry some more. Hopefully Stitch can bring some life to this moribund story.

Be sure to catch up on everything happening with Y&R right now. Come back here often for The Young and the Restless comings and goings spoilers, news, and updates.

Days Of Our Lives (DOOL) Spoilers: Paulina Betrays Chanel, Money Over Her Daughter