The Young And The Restless Spoilers For Monday, March 8: Alliance, Plotting, And Saving A Marriage 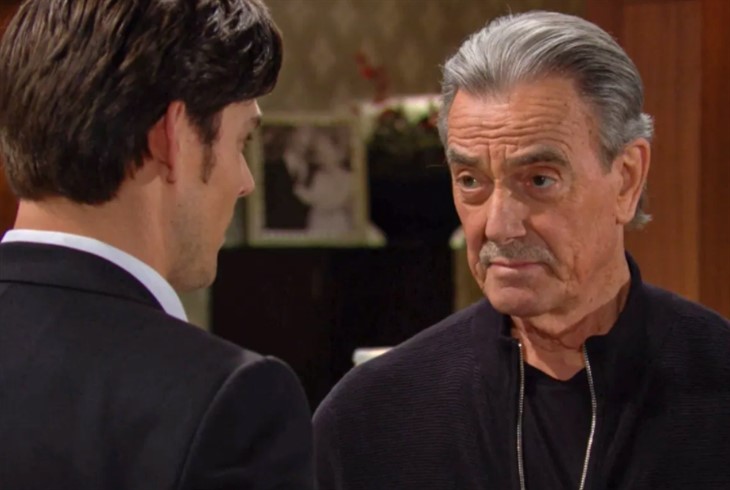 The Young and the Restless spoilers for Monday, March 8 reveal that we will find out more about Victor Newman’s (Eric Braeden) offer to Adam Newman (Mark Grossman). As for Chelsea Lawson (Melissa Claire Egan), she will be silently plotting and secretly continuing her recovery. Also, one couple begins counseling but can this marriage be saved?

The Young And The Restless Spoilers – Victor Newman’s Offer

Y&R spoilers reveal that Victor made Adam an offer. At first, Adam was suspicious about the offer. However, he comes to realize that Victor’s suggestion is sincere. There are a few reasons for this. For one, it’s a good business opportunity and Victor feels that Adam would run the company well. The other reason for Victor’s offer is it’s his way of bonding with Adam. For the Newman’s, there is no other way to bond than through business. It is teased that on Monday, we will learn more about the storyline centering on the bidding war for Cyaxares.

It is teased that the bidding war for Cyaxares will reignite old rivalries and might create new ones. On Friday’s episode, we saw Victoria Newman (Amelia Heinle) make a phone call. This sounded like it had to do with Cyaxares. She’s changed her mind about the company for three reasons. One is due to it being a good business decision. The second is due to her concern about Billy Abbott (Jason Thompson). The final reason is that she has a feeling that Victor is creating a war between his children again.

The Young And The Restless Spoilers – Chelsea Lawson’s Plotting

The Young and the Restless spoilers for Monday reveal that Chelsea will continue plotting in her mind. We’ve already seen a little bit of that and she has some fierce determination. In fact, it is clear that she’s so full of rage that it’s actually helping her recover. Of course, she’s not letting others get wind of this because she has a revenge plot in mind. However, we fully expect Chloe Mitchell (Elizabeth Hendrickson) to help Chelsea with this. On Friday, we saw how Chelsea’s fury let her stand up for the first time since her stroke. It was wobbly, but she did it. We expect this secret recovery to continue.

Finally, Rey Rosales (Jordi Vilasuso) is determined to save his marriage. He is not going to give up, even though that would be the easy thing to do. He called Sharon Rosales (Sharon Case) and Adam constantly being drawn back to each other as an addiction. He really does think it’s a sickness and he doesn’t want to give up his marriage. After all, they just recently tied the knot. However, can this marriage be saved? We will find out on the first day the couple goes to counseling.

Royal Family News: What is Meghan Markle And Prince Harry’s Net Worth?