The Bold And The Beautiful Spoilers: Can Finn Handle His Family Matters? 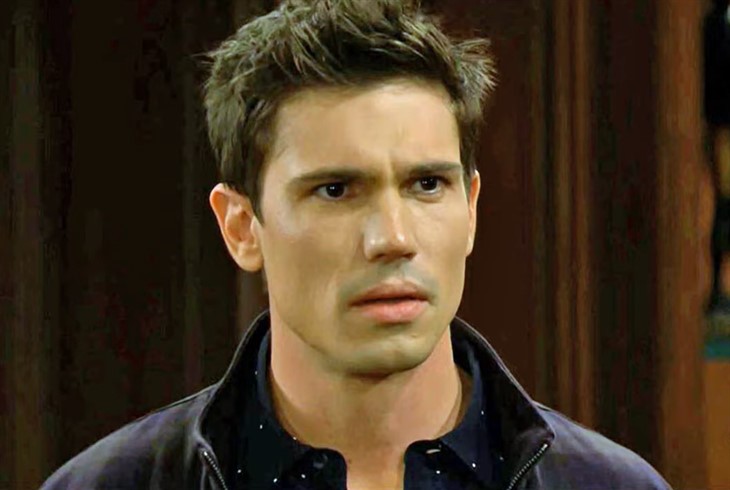 The Bold and the Beautiful (B&B) spoilers and updates tease Dr. John Finnegan (Tanner Novlan) is going to be dealing with different family issues. Finn is in a relationship with Steffy Forrester (Jacqueline MacInnes Wood). He met Steffy after she was in an accident.

Steffy was out for a ride on her motorcycle when Bill Spencer (Don Diamont) accidently hit her with his car on The Bold and the Beautiful. Bill got Steffy medical attention. Finn was the doctor who took care of Steffy. During the time that Steffy needed to recover Finn supported her. Steffy was in pain and needed medication. She ended up getting addicted to the drugs.

Later Thomas Forrester (Matthew Atkinson) and Finn found out that Thomas’ friend Vincent Walker (Joe LoCicero) had altered the paternity test. The Bold and the Beautiful spoilers and recaps reveal Finn went to tell Steffy that he was the father of her baby. Steffy was overjoyed by the news. Finn and Steffy got engaged and waited for the birth of their child.

Finn and Steffy found out that they were going to have a boy. They were excited by the news. Steffy wanted to have a boy because she had a daughter Kelly Spencer (Collette and Avalon Gray). Recently Steffy has given birth to her newborn son who she and Finn named Hayes Finnegan (Samantha Worden).

The Bold and the Beautiful spoilers show Finn is excited to be a new father. He was able to help Steffy deliver their child. Finn and Steffy are now looking forward to being able to get married. Finn is going to become a part of the complicated but close Forrester family. Finn has been accepted by different members of the family.

B&B Spoilers – John Finn Finnegan And His Own Family

Finn has not been open about his family. He may have a complex history and relationship with his own family. Jack Finnegan (Ted King) and his wife Li Finnegan (Naomi Matsuda) are going to want to get to know their grandson Hayes. They will want to come to meet him. Finn will need to introduce Jack and Li to Steffy and the rest of her family.

The Bold and the Beautiful Finn is going to be dealing with issues coming from his family and the Forrester family. Finn wants to get married to Steffy now that Hayes is born. Will Finn and Steffy be able to get married without many complications? Finn and Steffy are excited to have Hayes in their lives. How will Finn adjust to being a new father? The Forrester family is facing various challenges.

Can Finn and Steffy find a way to help her family with their problems? Finn is going to have Jack and Li back in his life. Will Jack and Li bring some kind of complications with them for Finn? Can he find a way to stay with Steffy with the changing dynamics of his family? Be sure to catch up on everything happening with B&B right now. Come back here often for The Bold and the Beautiful spoilers, news, and updates.