The Bold And The Beautiful (B&B) Spoilers: Finn And Hope React To Betrayal, Reject Liam And Steffy’s Excuses 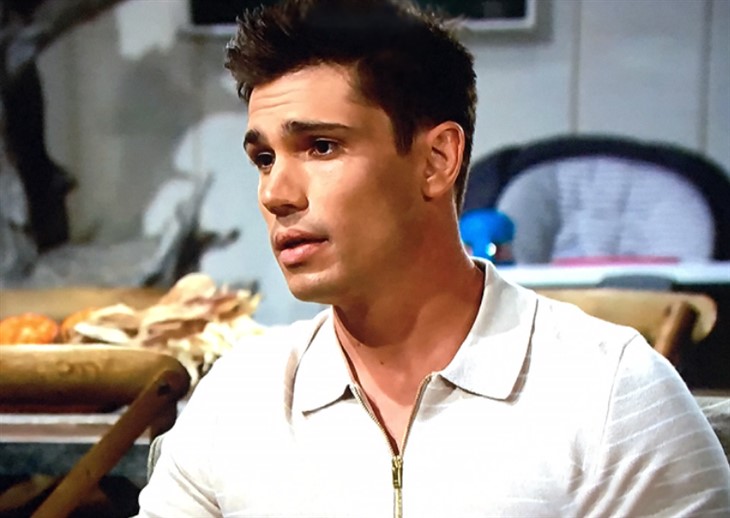 The Bold and the Beautiful (B&B) spoilers reveal that in Los Angeles John Finnegan (Tanner Novlan) and Hope Logan (Annika Noelle) will react to their partners’ betrayal. Even though Liam Spencer (Scott Clifton) and Steffy Forrester (Jacqueline MacInnes Wood) try to explain, Finn and Hope refuse to accept their excuses for cheating. Keep reading to find out what is coming up for the characters.

The Bold And The Beautiful Spoilers – Liam Spencer’s Confesses

B&B spoilers reveal that Liam will tell Hope the truth about the night he slept with Steffy. “Steam” has argued about it all week and finally they will move on to another scene and show Liam going home to tell his wife. However, it will take him another few days before he can actually spit out the words. So, expect Hope to finally find out what Liam is trying to say next week.

Meanwhile, Steffy will have a chat with Finn and tell him the truth about her night with Liam. When he asks her why she told him because he never would have known, she will drop another bombshell. She informs him that she had to be honest because she is pregnant. This will be a huge shock to Finn. Not only is he dealing with Steffy cheating on him with her ex, but now he’s being told that she’s pregnant on top of it.

The Bold And The Beautiful Spoilers: Y&R Crossover – Summer Newman Meets Bill Spencer – What Happens Next

The Bold And The Beautiful Spoilers -Hope Logan Furious

The Bold and the Beautiful spoilers reveal that Hope will be furious with Liam. Eventually, she goes running to Thomas Forrester (Matthew Atkinson), who does his best to comfort her. Brooke Logan Forrester (Katherine Kelly Lang) will also learn what has happened. She has some things to say, not just to Liam, but also to Steffy. In fact, Brooke and Ridge Forrester (Thorsten Kaye) talk about the mess and they end up getting into a debate on who is to blame. Brooke will slam Steffy for sleeping with Liam while Ridge will stand up for his daughter.

In the new issue of Soap Opera Digest, it is teased that Hope and Finn will be reeling from the news. Finn will angrily confront Liam about sleeping with Steffy when she was vulnerable. In Finn’s mind, Liam has never truly let go of Steffy and was looking for any excuse to go back with her. As far as Hope is concerned, she will be devastated and heartbroken.

One thing that Hope and Finn agree on is they refuse to accept Liam and Steffy’s excuses. There is no good reason to betray someone. It doesn’t matter how much tequila or how many kissing mannequins there are, Llam and Steffy can’t use these things to “explain.” They cheated on their partners and it was a choice. Now they will have to deal with the consequences.