The Bold and the Beautiful (B&B) Spoilers: Did Vinny Mean Well? Helped Thomas But Everyone Else 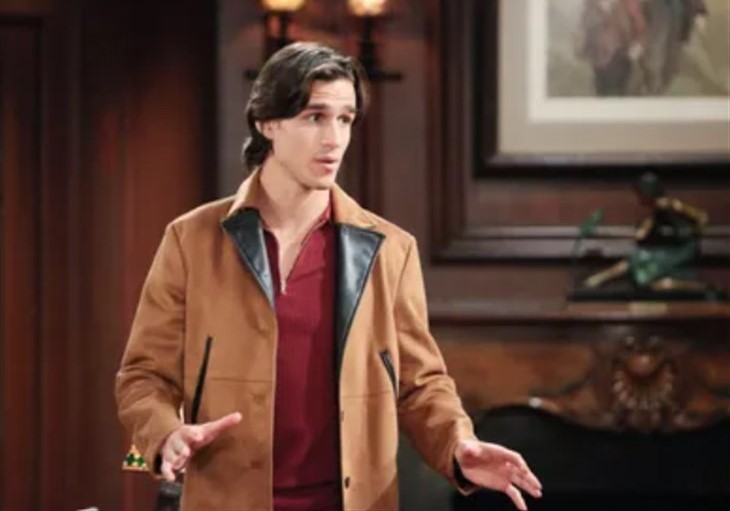 The Bold and the Beautiful (B&B) spoilers tease that in Los Angeles Vincent Walker (Joe LoCicero) was wrong. But he truly believed that his intentions were right.

When confronted by his longtime friend, Vinny implored Thomas Forrester (Matthew Atkinson) to drop the paternity test pressure and focus on the opportunities that lie ahead. Vinny’s intentions were partially revealed in that moment.

When challenged by the true father of Steffy Forrester’s (Jacqueline MacInnes Wood) baby, Vinny told John Finnegan (Tanner Novlan) that what happened wasn’t personal and that he would have never known the expectant child wasn’t his baby. His emotional logic was spotlighted in daytime.

The Bold And The Beautiful Spoilers – Thomas Forrester Was The Target

Vinny’s true target was Thomas. There was a genuine effort to help Atkinson’s character realize an opening with Hope Spencer (Annika Noelle) by making Liam Spencer (Scott Clifton) the father of Steffy’s baby, even though he isn’t.

LoCicero earns kudos for his portrayal of a mixed up individual. While his actions were both amoral and criminal, the reasons Vinny offered were tied to his feelings, which rule him.

As Thomas and the audience know, Vinny sells underground pills. He rationalized that criminal activity as a side-hustle, which it’s not. So, having a broken compass, Vinny appears incapable of distinguishing right from wrong or possibly even believing either exists.

Vinny invented reasons to dislike Finn. Thomas’ friend is such an insecure person that he used the fondness female hospital coworkers have for Finn as motivation.

Thomas was living at Vinny’s apartment in the past. That option was open because Vinny was spending a lot of time with his girlfriend in another part of California.

Why Vinny would be bothered by Finn’s popularity with women on the hospital staff seems to mean that he’s a jealous individual, is dissatisfied with his girlfriend, or recently became single. With whatever is true, Vinny had zero right to deny Finn knowledge of his fatherhood status.

The Bold And The Beautiful Spoilers: Steffy’s Dreams Coming True Thanks To Finnhttps://t.co/n2eLZBazO7

The Bold And The Beautiful Spoilers – Vincent Walker Proven Right On One Point?

Vinny ran out of the laboratory while loudly shouting. He was afraid that Finn was going to report what happened to the lab supervisor, after which he would be fired. Vinny also told Thomas that he could go to jail.

So, Thomas has a bruise from the punch Vinny applied. Vinny has a mark on his face from the wallop Finn delivered.

While Vinny was wrong about everything, he still has a chance to be proven right about something else. His belief that Thomas has a chance with Hope could prove true depending on what happens with Lope now.