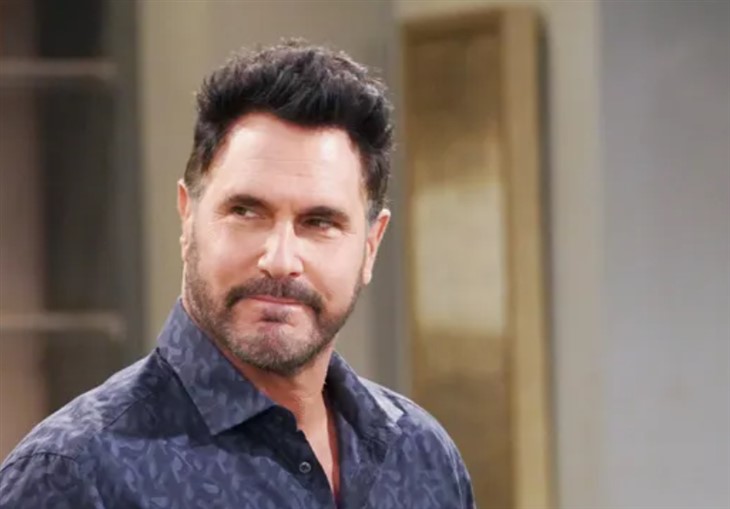 The Bold and the Beautiful (B&B) spoilers document that Bill Spencer’s (Don Diamont) life-altering decision impacts his life and that of his sons. Liam Spencer (Scott Clifton) never intended to hit Vincent Walker (Joe LoCicero), but he did and that side character perished.

Now, Bill’s choices will also impact Katie Logan (Heather Tom). Progress that seemed to have been made toward a Batie reunion will be affected by the rapidly developing thriller storyline B&B is presenting this month.

Katie will be incensed that Bill put Will Spencer’s (Finnegan George) future at risk. Yes, Liam was driving the car and Bill is covering up the aftermath of the accident. But Will stands to be impacted by what’s happened.

Surely the authorities will come to know something about Vinny’s death. While Bill purposely disposed of his identification and smartphone, that was intentionally crushed under the weight of his car, doing so can’t be the wrap as this is a soap opera.

Protecting Liam made instinctive sense. Bill was looking out for his son because he impulsed into believing the authorities would conclude Liam tried to kill Vinny. Katie could easily decide Bill’s actions reaffirm the reckless behavior she’s come to be leery of.

Devoted viewers likely felt that Katie’s ongoing hesitation meant something. Now, they see that the new storyline can be used as part of the Batie decision.

It is possible that what happened to Vinny will help Batie. Katie could be drawn into Bill’s defense, assuming he’s charged with the crimes he committed. But that also reflects wishful thinking.

The Bold And The Beautiful (B&B) Spoilers: Why Paris Needs To Watch Her Back #bb #boldandbeautifulhttps://t.co/KVdkhXX4EV

The Bold And The Beautiful Spoilers – Driving Forward Or Crashing?

All fans of Bill and Katie would love to see this family reunite. Will certainly wants his parents to reconcile as well.

Coming episodes will center on Bill’s cover-up, Liam’s handling of the untenable situation, and other character’s growing recognition of the event.

Will Katie be someone that Bill takes into his confidence? Might he be forced to tell her the truth or to ask that she come to his rescue?

B&B fans will keep watching, as Bill and Liam’s engaging thrill ride continues or crashes in the days ahead.