The Bold And The Beautiful (B&B) Comings And Goings: A Cute Tot Returns To Set and More! 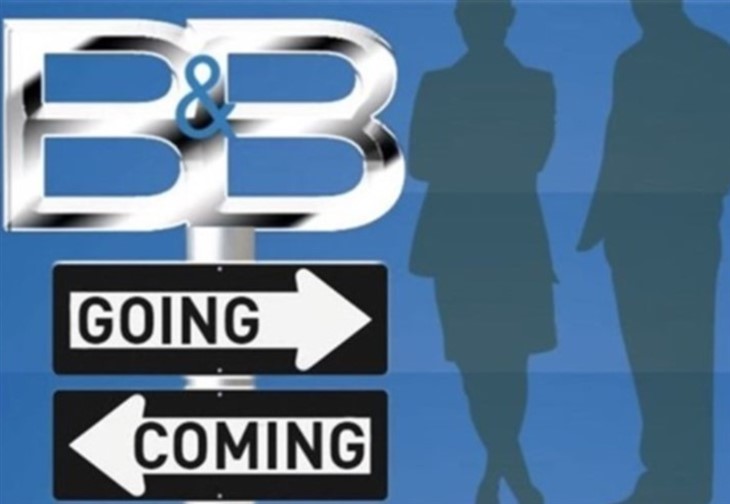 The Bold and the Beautiful (B&B) coming and goings indicate that there will be the usual drama, hijinks and action during the week of March 15, 2021 on your favorite soap.

But before we go too far we want to remind you that B&B and it’s sister soap on CBS, The Young and the Restless, will be preempted twice this month.

On Friday March 19, and on Monday March 22, neither show will air. That’s because the network is airing the NCAA basketball tournament.

The Bold And The Beautiful Spoilers – The week Of March 15, 2021 Shows A Cute Kid Is Back On Set

Next week there will be some kiddie action when Avalon and Colette Gray return to the screen as Kelly Spencer. Kelly is the daughter of Steffy Forrester (Jacqueline MacInnes Wood) and Liam Spencer (Scott Clifton).

Fans can expect to see the toddler on the show’s Thursday, March 18th episode, right before the show is preempted for two days.

It’s hard to believe, but the twins have not been seen on screen in a year. It is incredible how time flies and no doubt Kelly will look very different from when we last saw her.

B&B Spoilers – The week of March 15, 2021 Reveals An Exciting Return By A Spencer

The twin actresses were last on set prior to the soap shutting down production due to the coronavirus pandemic. A lot has happened since then!

For one thing, Kelly is now due to gain a sibling. It was touch and go there for a while and it looked like her little brother or sister would share both of her parents. But viewers now know that Liam being the father of Steffy’s latest child was just a chimera.

The Bold And The Beautiful (B&B) Spoilers: Steffy Proves Her Love To Finn, Takes ‘Steam’ Portrait Down? https://t.co/c0dt3CMakS pic.twitter.com/wGpIwjGIKY

The Bold And The Beautiful Spoilers – What Happens During The week Of March 15, 2021?

How did that happen? Apparently helpful Vinny the Lab Tech (Joe LoCicero) decided to take matters into his own hands and appoint Liam as the baby daddy. In fact Dr. Finn (Tanner Novlan) is the baby daddy and he found out in the most spectacular way.

Last week a huge brawl broke out in the lab between Vinny, Finn and Thomas Forrester (Matthew Atkinson). How was it possible that not one lab beaker was broken? Everyone now knows the truth and what happens to Liam after ruining his marriage is anyone’s guess.