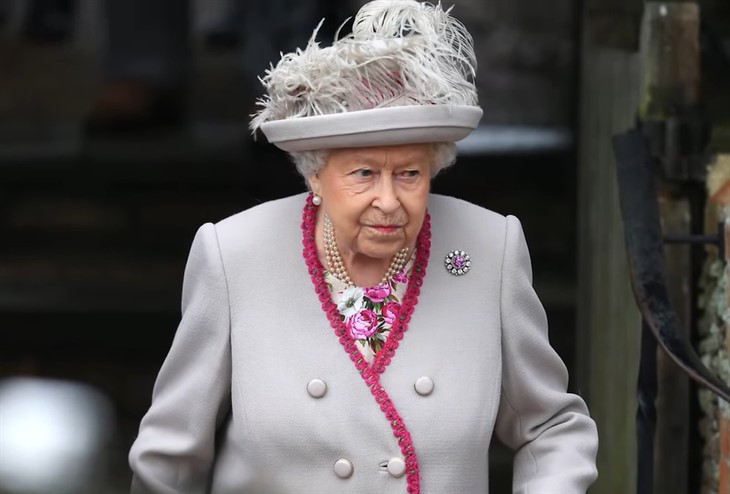 British royal family news divulges that sources are now speaking up about Queen Elizabeth’s denial of Prince Harry, Duke of Sussex’s request to lay a Remembrance Sunday wreath for him.

Why couldn’t he do it himself? Because he’s on another continent having told the world he is fed up with his family and desires to do nothing more than rake in buckets of cash rather than be a royal.

Ingrid Seward, author of The Queen’s Speech, told Newsweek that after’s Harry’s ugly reaction to the denial the queen is simply “fed up,” with her reckless grandson.

In November Harry asked for a wreath to be laid on his behalf when Britain remembered its war dead.

Seward told Newsweek, “The queen made the right decision, yes of course. She’s the head of the armed forces and there are so many protocols.”

It’s a good bet the loved ones of the fallen soldiers at the cemetery took Harry’s outrageous and self-serving stunt, in which he hired a photographer to capture his clownish expressions as he stomped around the graves, personally as well.

Royal Family News – Prince Harry Seems To Be On A Roll

But royal commentator Peter Hunt thinks it’s the queen’s move that could be seen as mean-spirited.

Further alienating the queen may have been Harry’s uninvited running commentary on the U.S. election as well as his sudden adoption of a brand new accent he debuted on his December Spotify podcast.

Seward said, “I think the queen is entirely fed up with it. They’re old fashioned and they’re older and it’s just gobbledegook to them. His LA-speak. They wouldn’t understand it. I don’t understand it. If you live in LA long enough you’re almost inclined to start speaking like that.”

Royal Family News – What Is With Prince Harry’s New Accent?

She went on, “It doesn’t make any sense to anybody of the queen and Prince Philip’s generation or Harry’s father either.”

She added, “In that generation, you go out and very quietly get on with it. You don’t spout out about what the world should be like. You just go on and try and do it rather than talking about it.”