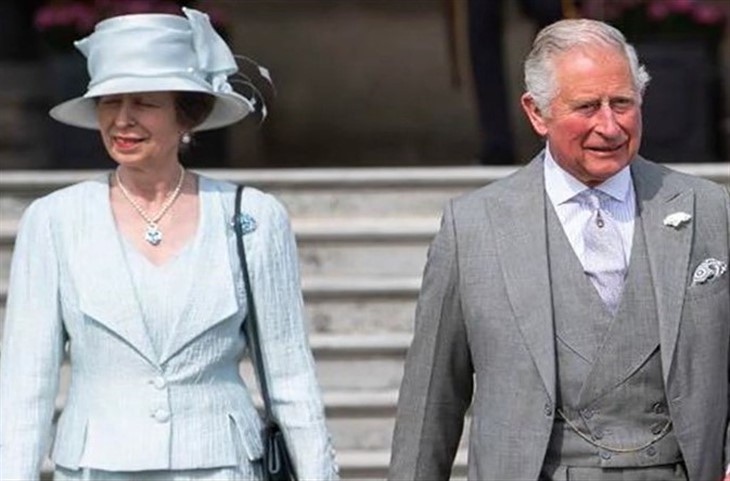 British royal family news reveals that Princess Anne and Prince Charles have lived their lives under a microscope as the offspring of Queen Elizabeth II, 94, and Prince Philip, 99.

Both are senior working royals and now one body language expert is speaking out about how they each approach the important job of repping the royal fam.

Princess Anne has been lauded for her incredible work ethic and her brother Prince Charles is second in line to the throne.

While they have much in common, including being the closest in age of all the Queen’s children, body language expert Judi James asserts that each has developed an inimitable royal style.

“As Charles has grown older his features often adopt a kindly, smiling expression with narrowed, wrinkled eyes and lips upturned at the corners.”

“His constantly steepled brows throw a touch of anxiety or concern into the mix though, as well as hinting at some self-pity. “His self-comfort rituals have been a feature for most of his adult life, like the use of pockets and checking gestures, like the cuff-fiddle.”

On the other hand, the expert sees a completely different manner of presentation with Princess Anne. James says that she seems more confident by showing “assertive” body language during royal events.

She added, “Anne’s features tend to involve raised, arched brows and widened eyes and a smile that is either suppressed or tilted down at the corners. Her pose tends to be upright and assertive, with her arms down at her sides rather than acting as a partial barrier or self-comforter.”

Interestingly enough, James thinks that these postural differences may have been evident from early childhood.

According to her, “Growing up he and Anne perfectly defined the chalk-and-cheese sibling relationship, with Charles suffering through his school years while Anne just got on with things. As Charles adopted a more academic approach to the life of a future King, Anne became a successful, no-nonsense sportswoman alongside her regular royal duties.”

“Her body language … suggested – almost from birth – that she was the one who had been gifted all the confidence. While Charles looked dreamy, shy and hesitant Anne looked bubbling with happy self-esteem.”