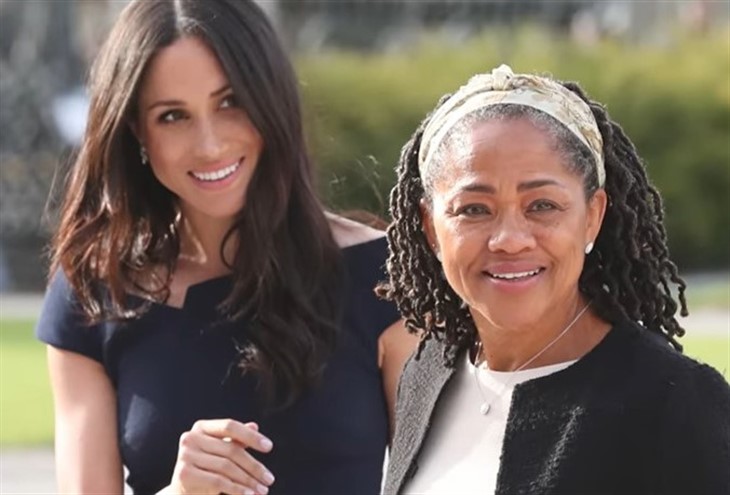 British royal family news reveals that Meghan Markle, Duchess of Sussex’s soul mate/journalist Omid Scobie is at it again, busily defending his muse from all comers.

He just wrote in Harper’s Bazaar that the former cable actress was once informed that she could not leave Frogmore Cottage, during that failed stint she had as a princess.

She lived there for a hot minute with her husband Prince Harry and according to Scobie, she wanted to get a coffee with her mom who was visiting from the US. She and her mom Doria Ragland were allegedly told they couldn’t go for coffee because of her public image.

Doria was reportedly gobsmacked by the hostage type situation and exclaimed, “You’re stuck in here!”

Royal Family News: Prince William, The Throne And The Tabloids: Who Is Controlling Who?

This is how Scobie spins his tale of Meghan Markle being isolated during her time with the royal family.

It mirrors the tale she wove to Oprah Meghan about being trapped inside her home and that furthermore having lunch out with friends was banned the royal family.

“I remember so often people within The Firm would say, “Well, you can’t do this because it’ll look like that. You can’t,” Meghan explained. “So, even, ‘Can I go and have lunch with my friends?’ [was met with] ‘No, no, no, you’re oversaturated, you’re everywhere, it would be best for you to not go out to lunch with your friends.'”

She added, “There was a day that one of the members of the family, she came over, and she said, ‘Why don’t you just lay low for a little while, because you are everywhere right now.’ And I said, ‘I’ve left the house twice in four months. I’m everywhere, but I am nowhere.'”

By the way, fact checkers have called foul on that claim—Meghan left the house plenty in four months time as records show.

Meghan and Harry have no such worries since leaving the royal family behind to make a fortune in America. They now live in California and do as they please apparently—like go on Oprah and throw their families under the bus. Last October, the two were spotted having dinner with Katharine McPhee and her husband David Foster who was nicknamed Harry’s “Surrogate Father.”

For the record the musical couple just had a baby, their first.