My Big Fat Fabulous Life: Whitney Reveals Status Of Her Relationship, Is She Engaged? 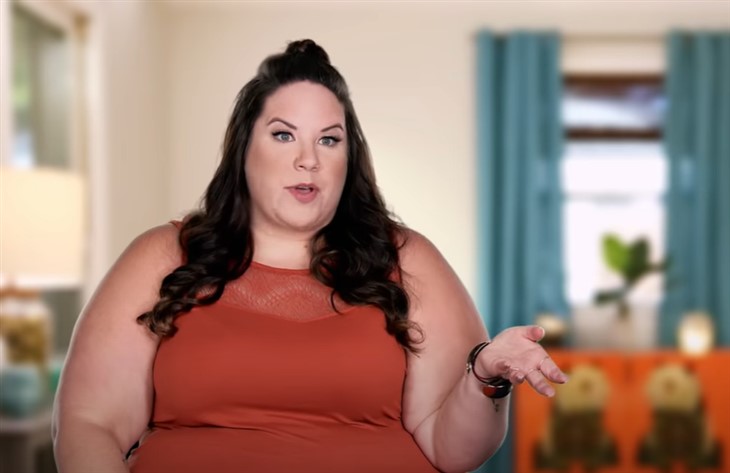 Whitney Way Thore is no stranger to the camera and that’s partly why fans love her.

Sometimes the My Big Fat Fabulous Life star takes to Instagram to share images that provide more questions than answers.

On Sunday, October 5 the 37-year-old reality TV star took to Instagram and shared an image of herself hanging out the window of a truck with her ring hand on display.

Now fans want to know if she has gotten engaged to her mysterious Frenchman.

The My Big Fat Fabulous Life veteran captioned the image simply, “Used truck energy,” but what fans noticed was her ring finger and the big diamond that she wore there.

From all appearances, fans would not be amiss to believe that the reality TV star had gotten engaged.

But another fan took aim at those making assumptions about her relationship status, writing, “Why does everyone think just bc she has a ring on that finger means something??”

And for that fan and all the others, Whitney set the record straight, commenting, “I bought this salt and pepper diamond myself.”

Of course, it is not the first time fans have mistakenly assumed the My Big Fat Fabulous Life veteran was engaged as she has often been seen with a diamond on her ring finger.

Each time, however, Thore sets the record straight and many fans get disappointed.

Fans will recall, Whitney announced on Instagram in July that she had a new boyfriend but from the post, fans discovered that the couple planned on keeping his identity secret for the time being.

During a previous episode of My Big Fat Fabulous Life, the reality TV star revealed her new boyfriend in more detail, explaining that she “met a French man who lives in France. We met on a language exchange program platform online.”

She added more detail saying, “He’s filled up a lot of my time and become a friend- I feel like a good friend. We’ve been talking for almost probably five months now.”

Later, we discover that the Frenchman may be the one to help her finally get over the damage her ex Chase Severino did to her when she says, “For the first time since Chase I have started to feel some little inklings, yearnings, growlings, buzzings, something.”

My Big Fat Fabulous Life: Marriage? Not Yet

It’s clear, for now, that marriage isn’t yet in the cards for Whitney Way Thore as she is only now moving on from Chase and still keeping her mysterious Frenchie under wraps.

What do you think about the ring? Do you think she should be wearing it? Leave a comment – let’s discuss.