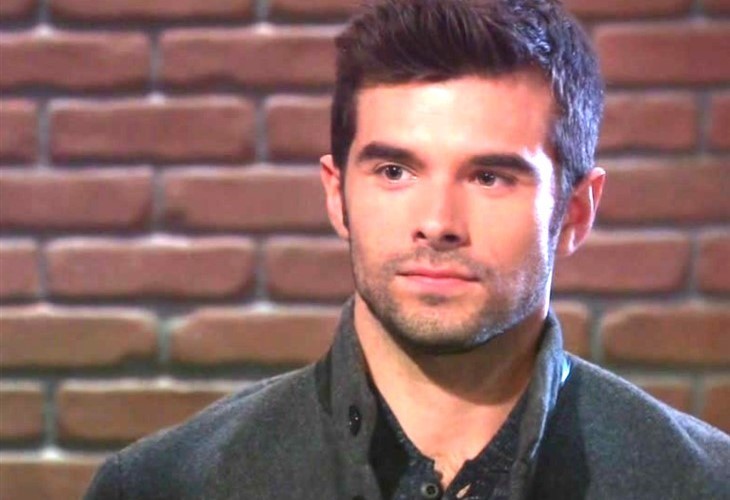 General Hospital Spoilers tease that Brook Lynn Quartermaine (Amanda Setton) thinks that Dr. Austin Gatlin-Holt (Roger Howarth) is up to more than just righting a wrong done to his father. As viewers know, Austin’s father was Jimmy Lee Holt (Steve Bond), the illegitimate son of Edward Quartermaine (John Ingle) and Austin says he is just trying to get his fair share of the Quartermaine fortune that was denied his father. But Austin’s tactics show that Austin can play dirty. Austin manipulated a confused and vulnerable Harrison Chase (Josh Swickard) into almost betraying Michael Corinthos (Chad Duell) and the rest of the Quartermaine’s.

As viewers know, Harrison Chase (Josh Swickard) regained the ability to walk just in time to catch his wife, Willow Tait (Katelyn MacMullen) in bed with Michael. Willow and Michael were in love but she hadn’t yet told Chase that she was no longer in love with him when he collapsed and almost died from being poisoned. Thinking he wasn’t going to live, Willow married Chase to make his last few days happy.

But Chase survived, although he was paralyzed, and Willow was waiting until Chase had recovered enough to take five steps before she would tell him the truth. Chase found out all on his own. Austin was with Chase when he realized Willow and Michael were together. Austin encouraged Chase to keep the fact that he could walk a secret so Chase would be free to search Edward’s personal library for proof that Edward had intended to reinstate Jimmy Lee in his will before he died. Chase was so angry that he willingly searched… and found the proof that Austin needed.

Although Chase found the document he was caught in the act by Brook Lynn, who appealed to the Chase that she knew, the honest man who always did the right thing, Chase ended up giving the document to Michael, but he knew that he would have betrayed the Quartermaine’s if Brook Lynn hadn’t stepped in. Brook Lynn will believe that someone who is capable of using Chase in that way is capable of just about anything, Chase will agree that Austin’s actions should be cause for concern. To that end, look for Chase to look into Austin’s criminal history.

Whether or not Chase finds anything or not, he may go a step further and continue his newfound “Friendship” to get close enough to find out exactly how dangerous the newest Quartermaine really is.

General Hospital Spoilers – Will Chase maintain his friendship with Austin in order to find out if Austin poses any kind of threat to Brook Lynn. Will Brook Lynn and Chase when Chase does a background check without cause on Austin? Is Austin a known felon? Anything can happen in Port Charles, so stay tuned to General Hospital airing weekdays on ABC.

B&B Spoilers: Sheila Up To Her Old Tricks – Eric Eavesdrops