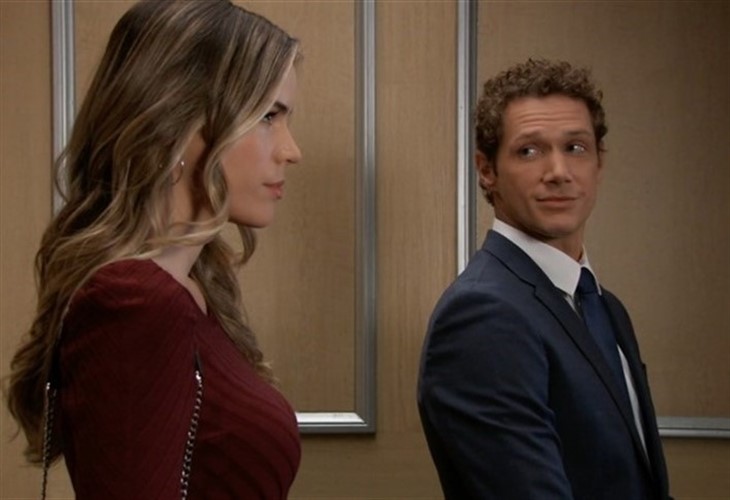 General Hospital (GH) spoilers tease that Sasha Gilmore (Sofia Mattsson) gave up almost everything so that the man she loved, Michael Corinthos (Chad Duell) would not lose custody of his son, Wiley Corinthos (Erik and Theo Olsen). Michael’s odds of winning increased significantly if he were married. But because of Sasha’s recent criminal actions, it couldn’t be her that Michael married. So Sasha pretended to have an affair with Harrison Chase (Josh Swickard), with the hopes that Michael would marry Willow Tait (Katelyn MacMullen). Her plan worked but losing Michael was even more difficult than she anticipated.

The stress of losing Michael, combined with the pressures that went along with the Deception relaunch, led Sasha to using cocaine, to the point she was almost addicted. Cyrus Renault (Jeff Kober), the new drug lord in Port Charles, wanted to test out his new drug, so he took an interest in Sasha and finally offered her drugs. She accompanied Cyrus back to his hotel room, but before anything really happened, Sasha had a heart attack from overdosing on the drugs Cyrus gave her. Cyrus ordered his driver, Brando Corbin (johnny Wactor), to get rid of Sasha.

Brando took Sasha to the hospital, which was not what Cyrus meant for him to do and although it was touch and go for awhile, Sasha survived. Brando managed to convince Cyrus not to get rid of Sasha but the model complicated things even more by pretending to forgive Cyrus and rekindle their friendship. In truth, she was just trying to find evidence against him. Brando convinced Sasha to leave it alone, even as he helped her begin to recover. And just recently, when Brando was shot, Sasha rushed from her date with Michael to make sure he was ok. As much as she thought she wanted Michael back, she may begin to wonder if that’s true.

Even if she starts to think about Brando in a romantic sense, she won’t likely pursue anything with him because as far as she knows, he is happily working for Cyrus, which means he is helping to bring dangerous drugs into Port Charles. Sasha almost died from those drugs, so she will struggle with Brando’s loyalty to Cyrus. Of course, Brando wants Cyrus taken out as much as anyone, as he’s working to help Jason Morgan (Steve Burton) undercover to make that happen. Once Sasha find that piece of information out, she may decide that Brando is the man for her.

General Hospital Spoilers: Franco Baldwin Is Not Only Losing His Mind, He's Losing His Hair! https://t.co/sS9vcJGLhT

Does Sasha still have the same feelings for Michael as she once did? Or has Brando caught her eye? Should Brando fess up about his true allegiance or leave it alone? Love can bring danger with it in Port Charles so stay tuned to General Hospital airing weekdays on ABC, And don’t forget to check back right here regularly for all your General Hospital news, information and spoilers!