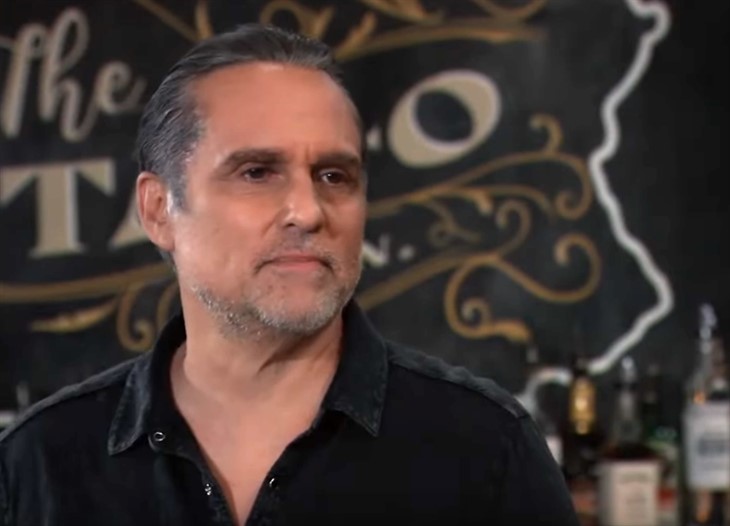 General Hospital spoilers reveal that “Mike,” who is actually Sonny Corinthos (Maurice Benard) gets a warning. Meanwhile, Nina Reeves (Cynthia Watros) continues to reconnect with people in Port Charles. Some people know about her love interest. However, she has told others that there’s no one special in her life. She could end up getting called out on her different stories.

GH spoilers reveal that Phyllis Caulfield (Joyce Guy) has been concerned about Nina since she came to Nixon Falls. She was overjoyed to see Nina but knows she has gone through some rough waters. She knows that there is a budding romance between “Mike” and Nina. She has talked to the amnesiac more than once about going to Port Charles to visit his love interest.

During the week of July 12, Phyllis will talk to him about something else that’s on her mind regarding Nina. She gives him a precautionary warning, which most likely has to do with Nina’s heart. Phyllis knows “Mike” would never do anything to intentionally hurt Nina. However, something doesn’t have to be on purpose to be incredibly painful. It will probably make him pause for a few minutes to think about the relationship.

General Hospital spoilers reveal that Nina left Port Charles and intended to just stop in Nixon Falls to say hello to Phyllis. Then, she was given the offer to stay. She was shocked to find out that Sonny was alive but didn’t tell him that she knew his real identity. Then, her life in Port Charles began colliding with the new one she was living in Nixon Falls. There were a few close calls and Nina kept bouncing between keeping the “Mike” secret or telling the truth.

Right now, “Mike” is still in Nixon Falls but Nina has returned to Port Charles.

When Nina first returned to Port Charles, she told her friends about “Mike.” However, earlier this week, she told Marcus Taggert (Reál Andrews) that there was nobody special in her life. So, it’s possible that she might be telling other people she hasn’t met anyone, too.

It’s clear that Nina is conflicted about the Sonny secret. She may have started out telling the truth, but soon people will ask more questions. That increases the risk of someone figuring out the truth. However, the fact that she’s telling people two different stories might set the stage for the bombshell revelation. People have a tendency to talk and two different stories mean one of those is a lie. Someone may confront Nina and want answers.

Of course, we know that Sonny will be back in Port Charles at some point. So, the truth will be revealed but how bad will the fallout be, especially with Carly marrying Jason Morgan (Steve Burton)? This is going to get very messy.

The Young And The Restless Spoilers: What’s Wrong With Stitch?

Days Of Our Lives (DOOL) Spoilers: Gabi And Jake Have A HUGE Secret