General Hospital (GH) Spoilers: What Is Austin Really After? 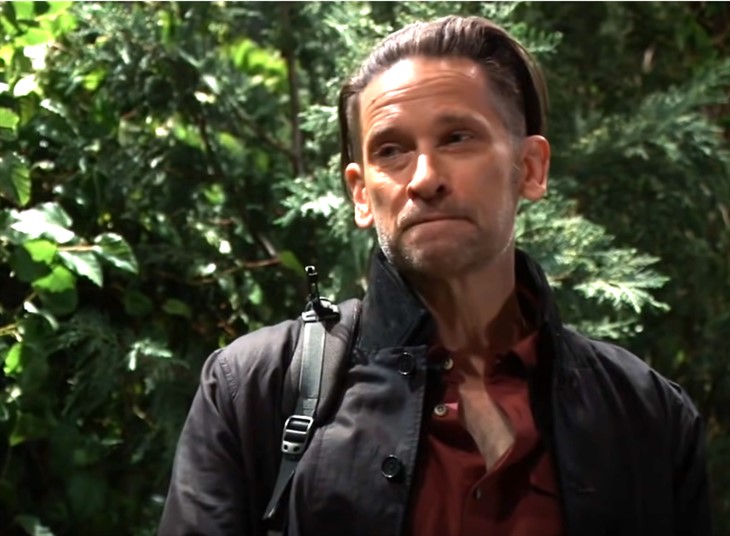 General Hospital (GH) spoilers and updates tease that Austin (Roger Howarth) has an agenda. Austin is a doctor who lives in Pautauk, New York. He was out for a hike in the woods when he came upon Maxie Jones (Kirsten Storms).

Maxie was in danger. She had been kidnapped by fake Chloe Jennings (Kimberly J. Brown) for Peter August (Wes Ramsey) and taken to a cabin in the woods. Chloe was to make sure that Maxie gave birth to her daughter Louise August (Harper and Scarlett Bloom). Maxie was going to have Louise in the woods because she had escaped from Chloe. Austin convinced Maxie that he could help deliver her daughter.

General Hospital recaps and spoilers show Austin was able to safely deliver Louise but got knocked out by Chloe. Maxie was able to get away from Chloe. Maxie was able to trick Chloe into falling down an abandoned well. Maxie call Brook Lynn Quartermaine (Amanda Setton) to give Louise to her. Maxie believes that Louise would be safe with Brook Lynn at this time. Maxie made sure that Austin got to the medical attention he needed. Later Austin found out that Louise is missing.

Austin is upset that Louise is missing and wants to try to find her. Austin has been helping Dante Falconari (Dominic Zamprogna) and Sam McCall (Kelly Monaco) with the investigation. They wanted to see the place that Chloe had taken Maxie because he owned the cabin.

Dante came back to try to find out more about the kidnapping on General Hospital. Austin helped Dante find Chloe. Anna Devane (Finola Hughes) and Valentin Cassadine (James Patrick Stuart) want to help Maxie to find Louise. Anna and Valentin believe that they need to protect Maxie and Louise from Peter. They need Austin to give them more information so that they keep Maxie and Louise safe. Austin is trying to help them to find out more about the night that he helped Maxie to deliver Louise.

Austin has shown an interest in Michael Corinthos (Chad Duell). When he was at General Hospital Austin saw that there was a wing of the hospital that was dedicated to Michael. Austin received an alert on his cell phone about a board meeting that was happened at ELQ which is the family company of the Quartermaine family. Austin may want to connect with the Quartermaine family. He may want to connect to them because he is the son of Jimmy Lee Holt (Steve Bond) who is Edward Quartermaine’s (John Ingle) son.

General Hospital  spoilers tease Austin is keeping his agenda to himself. Austin seems to be a simple country doctor who wants to help people. Could Austin have a dark past? Austin wants to help Maxie to find Louise. Will he be able to help make it where Maxie can be with Louise again? Austin may have family in Port Charles. Is he a part of the Quartermaine family? Be sure to catch up on everything happening with GH right now. Come back here often for General Hospital spoilers, news, and updates.