General Hospital (GH) Spoilers: Portia And Curtis Reconnect – Will He Break Things Off? 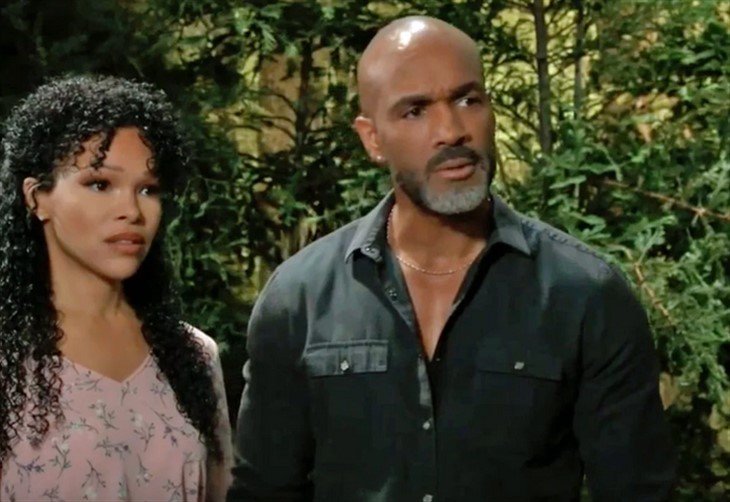 General Hospital’s Portia and Curtis had reconnected years after their affair. Portia and Curtis had just gotten back together when Jordan was trapped in a basement and passed out. Jordan has gone into kidney failure and had to be transferred to a different hospital. Portia overheard Curtis begging Jordan to live. However, has Curtis decided to give his marriage another chance, or is he simply concerned about his soon-to-be ex-wife?

Curtis knows that he and Jordan had trust issues before and is unlikely to get back into that relationship again. However, Curtis’ aunt stole the papers so the divorce has not gone through. Can Curtis bring himself to divorce Jordan while she is fighting for her life? Could Jordan have papers drawn up again now that she knows Curtis has feelings for Portia?

General Hospital’s Portia heard Curtis admit that he still loves Jordan, they just cannot live together. Curtis knows that Jordan can never be fully honest with him about her work and he cannot accept this. Portia has offered to step away more than once. Curtis was sure that he wanted to be with Portia before the accident but this could have changed his mind. Will Portia walk away from Curtis again? Can Portia have a relationship with Curtis knowing he has unresolved feelings for Jordan?

General Hospital’s Portia revealed to Jordan, unintentionally, that she needs to take Trina Robinson (Sydney Mikayla) the truth about her father. Has Portia been lying to Curtis for years about Trina’s parentage? Could Curtis be Trina’s father after all? Would knowing that Trina is his daughter be a game-changer? Will Portia stay quiet so Curtis can make up his own mind? Perhaps Portia may tell Curtis the truth so he has all the information before making his decision. Could Jordan have already told Curtis that Trina may be his child?

Curtis has a big decision ahead of him and needs to know all the details. Can Curtis and Portia have a future together? Will Curtis get to know his daughter after all these years? Will Jordan increase her efforts to get her husband back? Only time will tell what Curtis will do, however, he deserves to know the truth if Trina is his daughter.