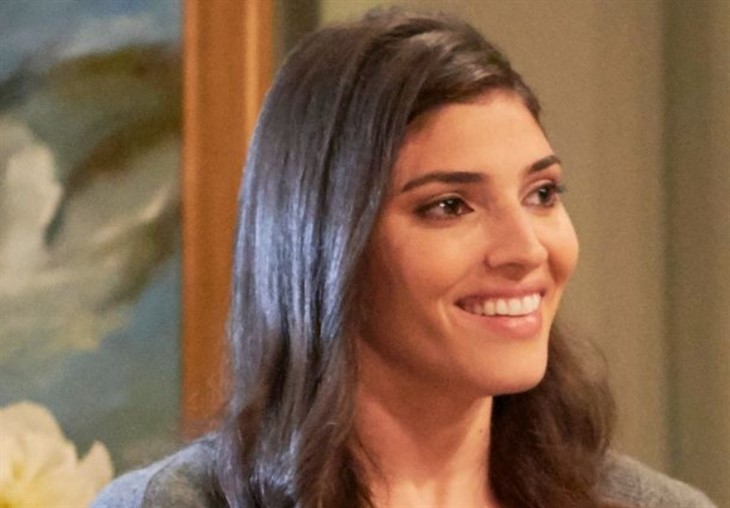 General Hospital (GH) Brook Lynn Quartermaine (Amanda Setton) left Port Charles to get some distance. She is the daughter of Ned Quartermaine (Wally Kurth) and Lois Curello (Rena Sofer). She and her father had some problems.

Later Linc agreed to let Brook Lynn out of her contract if she gave him her shares of her family’s company ELQ. Brook Lynn did not know at the time that Linc was working with Valentin Cassadine (James Patrick Stuart). He was trying to get control of ELQ. Brook Lynn agreed to the deal. Ned and the rest of the family found out that

Valentin had taken control of ELQ and that Brook Lynn had given her shares to Valentin. Ned was angry with Brook Lynn and told her to leave home. However Ned’s wife Olivia Quartermaine (Lisa LoCicero) was not happy that Ned had told Brook Lynn to leave. She thought that they should work out their differences. Valentin decided to give Brook Lynn a job at Deception as the Voice of Deception. Brook Lynn thought that she had the job of her dreams. But Brook Lynn did not get to hold on to her dream job because she was hurt by Nelle Benson (Chloe Lanier). She may not be able to sing again because of her injury. Brook Lynn found comfort from Valentin when she and he had a one night stand. Brook Lynn left Port Charles before she told her family or Valentin that she might be pregnant.

Ned and Olivia have had issues with their marriage. Olivia wanted to see her son Dante Falconari (Dominic Zamprogna) who was out of the country getting help with his mental health. Robert Scorpio (Tristan Rogers) arranged for Olivia to see Dante. She went with Robert to see her son. During that time Olivia had left Ned a message on his phone. Brook Lynn saw the message but deleted it because she was upset with Ned at the time.

Ned thought that Olivia was having an affair with Robert because she did not contact him while she was away. Ned got upset and met up with his onetime love Alexis Davis (Nancy Lee Grahn). Alexis was having her own problems. They ended up having a one night stand. Later Brook Lynn found out that Ned had been with Alexis because he was upset about Olivia. Brook Lynn told Ned that she had been the reason that Ned did not hear from Olivia. Ned was upset with Brook Lynn but he forgave her. Brook Lynn left Port Charles before Olivia found out that Ned had been with Alexis.