Days Of Our Lives Comings & Goings: The Return Of Ciara 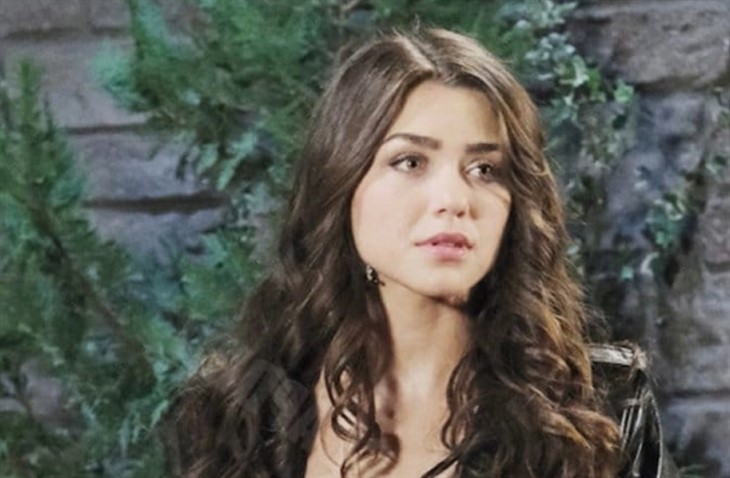 Days of Our Lives comings and goings spoilers reveal Ben’s dreams kinda-sorta coming true when Ciara arrives back in Salem. Too bad she doesn’t bring the memories of loving and marrying Ben with her.

Days of Our Lives Spoilers: Ben Is Shocked

Ben (Robert Scott Wilson) is certainly not expecting Ciara (Victoria Konefal) to show up in his apartment but when she does, he thinks he’s dreaming at first. Then, he realizes this is the real deal and he thinks Ciara must have remembered everything or she wouldn’t be there anymore, right? Wrong!

Ciara is just as she was when she left for South Africa and she is more determined than ever to put the past she can’t even remember behind her. She’s still just as horrified as ever that she married a crazed serial killer. And this happens AFTER he just had a really, really eventful day.

Ben Weston Already Had A Shock

It’s the Fourth of July so Claire (Isabel Durant), Allie (Lindsay Arnold), and Tripp (Lucas Adams) convince Ben to go to the lake with them and that’s where they find Dr. Snyder’s body. While the others freak out, Ben just plays it cool because it’s not like he never had to deal with dead bodies before.

When he gets home is when he finds Ciara there and she is still demanding that he sign those divorce papers. Ben tells Ciara he burned them and she is prepared with another set immediately. Ben again refuses to sign.

Ben can still feel the chemistry between them and knows Ciara could crack at any moment, with all those memories that will come flooding back. He feels now that she is back in Salem he actually has a chance and is not going to sign any divorce papers just yet.

And even if Ciara doesn’t remember, he wonders if he can get Ciara to fall in love with him all over again. She was wary of him before when she thought he was still that killer and he still managed to break down those barriers. Maybe he can do it again. Stay tuned to Days of Our Lives weekdays to see if Ben can win Ciara back with romance.  Keep checking Soap Opera Spy for daily Days of Our Lives spoilers, news, and updates.

The Bold And the Beautiful (B&B) Spoilers: Quinn Busted By Brooke – Carter Stuck In Middle