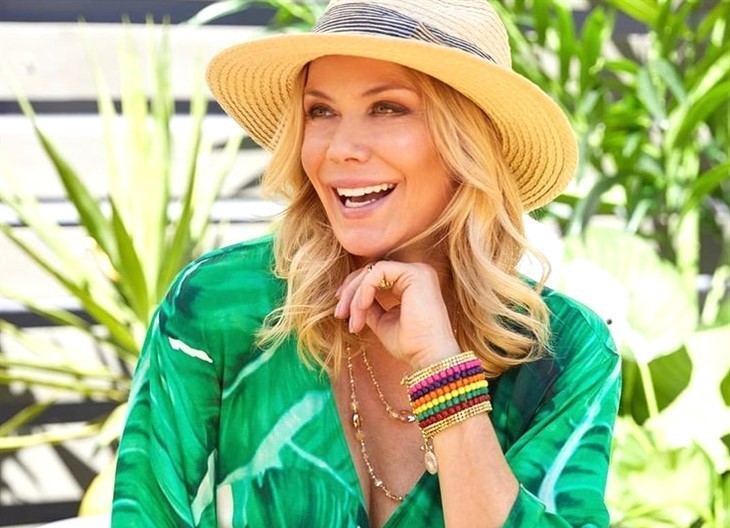 The Bold and the Beautiful (B&B) star Katherine Kelly Lang turns 60 today as Brooke looks for another chapter in her life running Forrester Creations with Ridge (Thorsten Kaye). Learn five facts about the actress as she celebrates her birthday.

Lang made her acting debut in a movie that was perfect for its times. It was 1979 and she appeared in the flick Skatetown, USA, starring opposite teen idol of the hour Scott Baio. She also has a Hollywood pedigree as her mother is actress Judith Lang and her dad was Olympic athlete Keith Wegeman, who eventually became The Jolly Green Giant in the classic television commercials.

B&B Spoilers – Katherine Kelly Lang Was All Over Television

Before becoming Brooke, Lang landed a variety of roles all over the TV dial in the 1980s. She appeared on The Powers of Matthew Star, Riptide, Happy Days, and The Fall Guy.

During her time on The Bold and the Beautiful, Lang has been married twice and raised three children, Julian, Jeremy, and Zoe. It’s Zoe who made Lang a grandmother in recent years when she gave birth to a little girl named Zuma in 2018 and a little boy named Reign in 2020.

Lang has been a cast member on The Bold and the Beautiful since the show first began in 1987. She has played Brooke Logan through thick and thin, including through every marriage to Ridge Forrester. She has also played her through numerous other marriages, affairs, births, career breakthroughs, and scheme after scheme. Currently, she spends her time worried more about her daughter, Hope (Annika Noelle), than anyone else. But we can see her causing more trouble again soon. Brooke is one character that we can never imagine recast. She’s even brought Brooke to Genoa City and onto The Young and the Restless.

The Bold And The Beautiful – Katherine Kelly Lang Sells Kaftans

Not only is Lang an actress, she is also an entrepreneur and sells her own line of colorful and comfortable kaftans. She also owns her own Beverly Hills leather boutique called Benheart with Italian leather designer Ben Mbarek. Happy birthday to The Bold and the Beautiful’s versatile star.

The Young And The Restless (Y&R) Spoilers: Melissa Claire Egan’s Star Studded Baby Shower Was The Hottest Ticket in Town