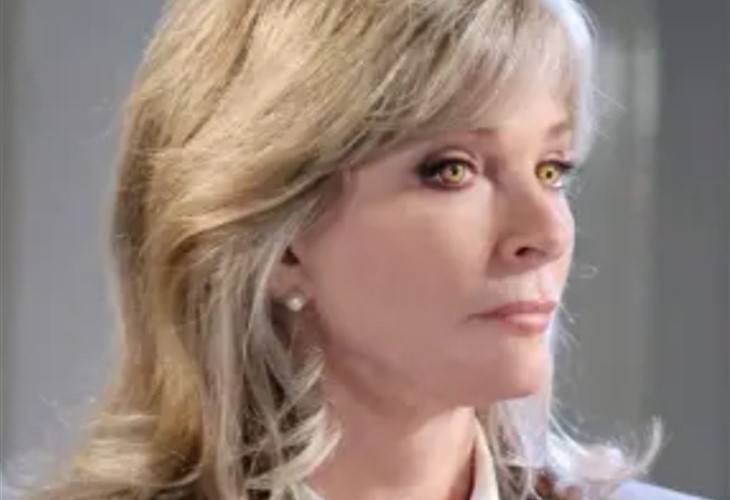 Days of Our Lives spoilers reveal that a lot of fans assume that the new possession plot is just a recycled version of the original “MarDevil” storyline. This was a concern for Deidre Hall, who plays Marlena Evans. The actress is not a fan of recycled storylines, but then she learned how this one is different and why viewers should give it a chance.

Days Of Our Lives Spoilers – The Devil Returns To Salem

DOOL spoilers reveal that it was speculated that the devil would be returning to Salem. As some fans predicted, Marlena would face Satan once again. We are just in the beginning of the storyline, which is expected to last through Christmas. Some elements are similar, but there are also some features of the story that are different.

Speaking to Soap Opera Digest, Hall understands why there is an assumption that Marlena’s possession is a recycled storyline. When she was approached to be possessed by the devil again, this was her worry. However, the actress soon discovered that “MarDevil” 2.0 is very different.

“… my concern was, ‘Oh, we’ve sort of been here…” But then you see that chilling moment where Doug is first possessed and I love the way it’s being done. So my concern was more about repeating a storyline, but the way he’s [head writer Ron Carlivati] is telling it is so rich,.. This is not your grandmother’s possession!”

Days of Our Lives spoilers reveal that fans were expecting Marlena to be possessed by the devil right off the bat. It was speculated that Doug Williams (Bill Hayes) had Alzheimer’s disease or another form of dementia. Very few viewers predicted that Doug would actually be the devil’s first victim, so that was a shock to many people.

Whether fans love or hate that Doug was pulled into the possession story, it certainly showed off Hayes’ acting skills. At 96 years old, the actor did a phenomenal job.

Doug isn’t the only twist to expect with this new possession tale. Ben Weston (Robert Scott Wilson) and Ciara Brady Weston’s (Victoria Konefal) baby is involved. Back in the original possession story, the devil convinced Sami Brady DiMera (Alison Sweeney) that getting pregnant was the way to keep the man she dreamed of, which led us to meet Will Horton (last played by Chandler Massey).

Hall also said that this new possession story is not for the faint of heart. It’s creepier and scarier than the original one that aired 27 years ago. Before, it was Tom Horton (Macdonald Carey) and Alice Horton (Frances Reid). In 2020, we now have Doug and Julie Williams (Susan Seaforth-Hayes). The couple, who is married both on-screen and off-screen, will continue to play a major part in “MarDevil” 2.0.