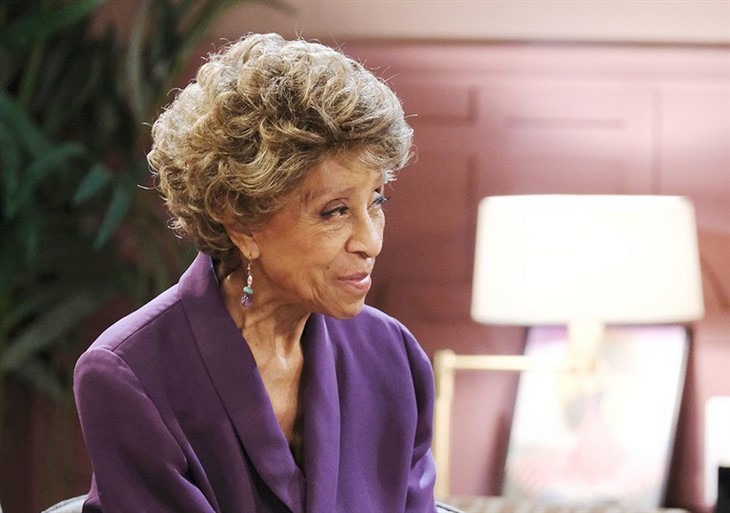 Days of our Lives (DOOL) spoilers for the week of August 30, 2021 promise a torrent of red hot action coming down the pike in little old Salem proper. Eagle eyed fans know that the calendar says we have just two more days of August Sweeps officially but could the steamy action extend beyond the days of our lives as recorded by the yearly timetable? It most definitely could!

With that in mind let’s take a look at all the ab fab antics in terms of comings and goings in Salem this week.
Days of our Lives spoilers: The week of August 30, 2021 Sees a Shady Sister Act in Town

Cady Huffman remains on the canvas as newly arrived Calista Lockhart (any Ally McBeal fans out there?). Calista is Bonnie Lockhart’s (Judi Evans) sister-in-law. No, she didn’t receive an invite to the nuptials between Bonnie and Justin Kiriakis (Wally Kurth) so we’ll just have to wait and see what her real agenda is.

Tina Huang is back this week as mean, mean, mean district attorney Melinda Trask. Fans last saw the DA in June so she and her broom are long overdue to be causing mischief for the citizens of Salem.

This time around it is EJ DiMera (Dan Feuerriegel) she tangles with and this ought to be a good old fashioned, high noon, stare down contest between two alphas if you know what we mean.

Look for the two intense characters to wrangle on Monday, August 30.

TV legend Marla Gibbs starred for a short while as Olivia Price but now we must say goodbye to the firecracker. Olivia is Paulina Price’s (Jackee Harry) mother and she has more secrets than can be counted.

Because of her visit we now know that Paulina is Lani Price’s (Sal Stowers) biological mom and not her aunt. This is sure to set off a boiling pot of intrigue in the coming days and weeks as Paulina has been forgiven for her Price Town antics, but now she is holding on to an even bigger scandal. What will Abe Carver (James Reynolds) have to say when he gets a load of Paulina’s latest deception?

The Young And The Restless Comings And Goings: Skyle’s Roman Holiday Is Permanent