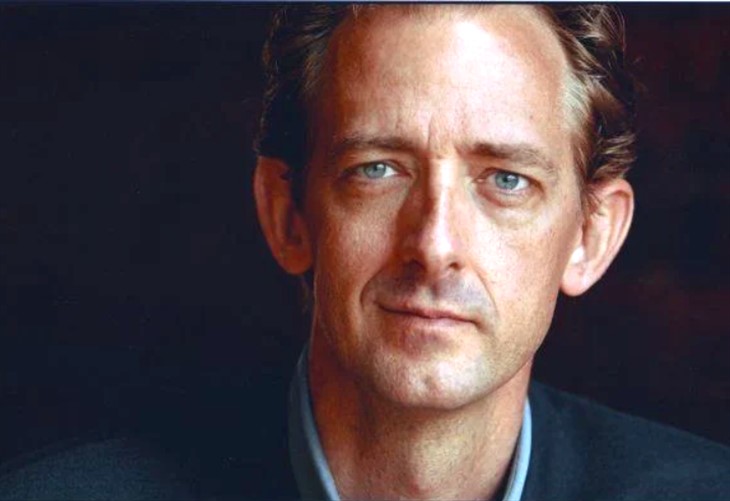 Days Of Our Lives star Mark Colson recently made a return no one saw coming! And now Colson has decided to spill about his character Gabriel’s unpredictable encounter with the terrifying MarDevil. More than 25 years have passed since Days Of Our Lives viewers watched the demon strike fear into the hearts of Salem dwellers.

But the passage of time hasn’t stopped Mark’s passion for the famous Days Of Our Lives devil plot. So when the actor got the call, he took the opportunity instantly. Find out what Colson shared about his role below.

Mark Colson currently works as an on-camera acting professor at the University of Michigan. But the actor still recalls his time on Days of Our Lives fondly, he told the Detroit Free Press. That role occurred in the 1990s for several episodes.

Recently, Colson took on the same role again, showing up on Days Of Our Lives portraying a mysterious stranger named Gabriel. The return of his character plays a key role in NBC’s desire to benefit from the publicity resulting from the original devil storyline, when the devil possessed Deidre Hall’s character Dr. Marlena Evans.

With the demon once again taking over Marlena, Days Of Our Lives writer decided to use the return of Mark for an plot twist. As Gabriel, Colson played a force for good rather than evil, aiming to help save Marlena’s soul. Given the long stretch of time between his original role and now, the actor joked, “”I got the call from my agent and I was like, ‘Do they know I can still act?'”

In the initial devilish story arc, Marlena got possessed, levitating off her bed in an especially famous scene. That original plot showed Gabriel (whose angelic name gives away his virtues) as a guardian angel for John Black (Drake Hogestyn). Thinking he was a priest, John exorcised the demon from Marlena and subsequently married her.

But now, Days Of Our Lives viewers have seen Marlena once again get possessed by the devil. MarDevil can even shift her form and shape. For his return, Gabriel went to the cabin in the woods where MarDevil has hidden with Ben and Ciara. The couple is going to have a baby, but the devil has targeted their child.

Gabriel initially acts like a hiker who needs some water. But he has a secret goal of alerting MarDevil that goodness will triumph over evil. When he greets demonic Marlena, though, her devilish eyes glare at his cheerful, “Lovely day, isn’t it?”

Colson praised the cast for their kindness as he returned to the Days Of Our Lives set. Hogestyn and Hall both made a point of welcoming him. “I could hear this voice across the soundstage (yelling) “Where’s Gabriel?,” he recalled of Hogestyn greet.

As to how Gabriel might save the day for Salem, Colson didn’t give away any spoilers. But he did express gratitude to Days Of Our Lives as  “gift” that taught him about acting. I really got to learn a lot from that time,” he added.

What do you think the future holds for Gabriel on Days Of Our Lives? Can he save Marlena from the devil? Share your views. And then check back on our site for all the Days Of Our Lives news!

Is Sharon Case Leaving The Young And The Restless?