Days Of Our Lives Spoilers: Sami Brady May Want To Kill Nicole 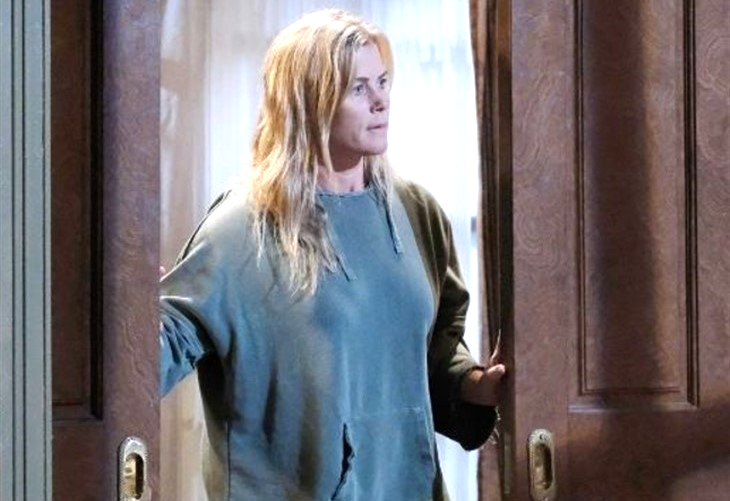 Days of Our Lives (DOOL) spoilers for Friday, December 10, 2021, reveal Sami losing her mind over what — or rather who — she finds in EJ’s bed.

Lucas Horton (Bryan R. Dattilo) warned Sami Brady (Alison Sweeney) that running right back to EJ DiMera (Daniel Feuerriegel) was not a good idea but she didn’t care. When she was kidnapped, she had not given up on EJ, so now that she is free, she has to proceed as if no time has passed.

Except things don’t go as planned as they never do where Sami is concerned. That old rivalry heats up again when Sami finds Nicole Walker (Arianne Zucker) in bed with her husband. Everything bad that happens in her life seems to happen because of this woman. Nicole was even the one who told EJ that Sami slept with Lucas. Of course, that was after Sami revealed to Eric Brady that his beloved wife slept with Xander Kiriakis (Paul Telfer)…so, an eye for an eye, right?

Will either woman lose an eye on Friday as a catfight ensues and EJ just sits in bed watching the entertainment? It won’t be pretty as Sami and Nicole rehash all past transgressions against one another. Who will EJ end up choosing in the end? (We vote for Nicole and Lucas can have Sami. See, everyone ends up happy.)

Brady Black (Eric Martsolf) is in shock that Shawn Brady (Brandon Beemer) truly seems to think he killed his own cousin, Philip Kiriakis (Jay Kenneth Johnson). Why would he do something like that? Philip may be his rival, but even drunk, Brady is not a killer. Even Belle (Martha Madison) does her best to convince her husband that there is no way her brother could do such a thing.

At least Brady thinks he has Chloe Lane (Nadia Bjorlin) by his side but even she is beginning to wonder if Brady went off the deep end and did Philip in. So, who is really responsible for what happened? It seems safe to say Brady didn’t kill Philip but did Philip stage this entire thing, and if so, did the devil make him do it? Stay tuned to Days of Our Lives weekdays to see how these stories play out.