Days Of Our Lives Spoilers: Robert Scott Wilson Teases A Happy Ending For Ben And Ciara 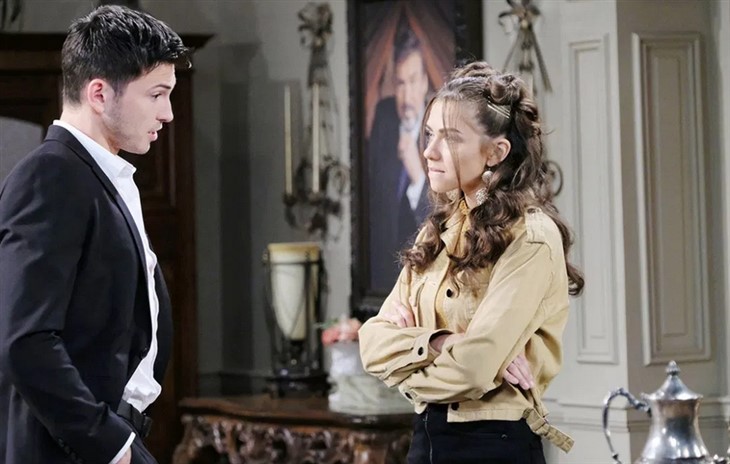 Days of Our Lives spoilers say that as of right now Ciara Brady (Victoria Konefal) might want nothing to do with him, but sooner or later she’s going to realize that the love between them is stronger than anything else she’s ever experienced in her life.

In fact, actor Robert Scott Wilson, who plays Ben Weston on the hit NBC soap, teases a very happy ending between his character and Ciara, even though she’s doing everything she can to keep her social distance away from her estranged husband. Read on for all of the latest spoilers.

Speaking to Soaps.com in a new interview, Wilson says that while his character is certainly hurting right now as Ciara doesn’t even want to look in Ben’s direction, let alone speak to him, there is a glimmer of hope for their marriage.

The actor dished, “I think they’ve got some much-earned happiness coming their way. I think they penned a great story for us. I know it’s what the fans have been wanting, so it’s one of those opportunities for us to take advantage of and have fun with it. They’ve been through a lot of hurdles and a lot of angst, so it’s nice to have some light moments every once in a while.”

DOOLSpoilers – What’s Next For Ben And Ciara Brady?

Days of Our Lives spoilers say that while Rafe Hernandez (Galen Gering) will advise Ben to do the right thing and sign Ciara’s divorce papers, he will burn them instead. That’s because he’s adamant to get back with Ciara no matter what it takes. Now, as far as what’s going to happen next, Wilson isn’t one to kiss and tell. When asked about that ‘happily ever after’ moment, the actor said, “Nothing gold can stay. We’ve gotta deal with something. It’s never that easy.”

Days of Our Lives airs weekdays on the NBC network. Check your local listings for times. Let us know your thoughts on this story in the comments section below. Are you a fan of daytime television? Be sure to catch up on everything happening with Days of Our Lives right now. Come back here often for all the latest Days of Our Lives spoilers, news, and updates.

The Bold And The Beautiful Spoilers: Will Finn Get Kicked To The Curb For Liam