Days Of Our Lives (DOOL) Spoilers: Xander Commits A Murder – Jig Is Up For Nicole 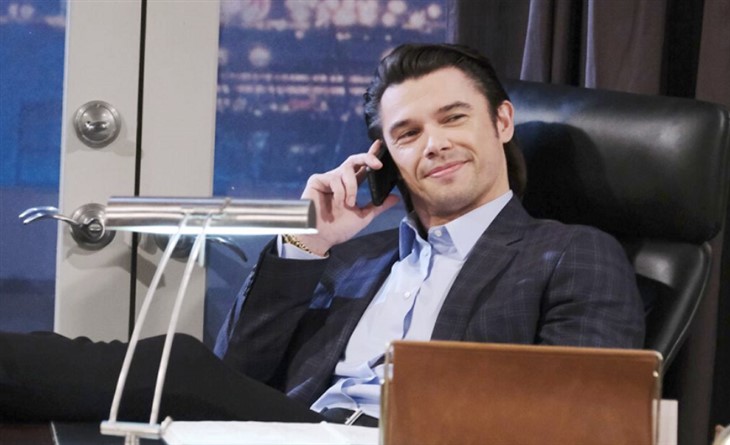 Days of Our Lives (DOOL) spoilers for Tuesday, June 22, 2021, reveal in Salem Xander thinking he’s doing the right thing when he once again does all the wrong things — and this time wrong is very, very wrong.

All Xander (Paul Telfer) wants to do is make sure Jack (Matthew Ashford) doesn’t get hurt. Jack is practically the only friend he ever had and at this point he considers him to be like a brother. He knows if Jack found out all the dirty things Gwen (Emily O’Brien) has been up to, he’ll be heartbroken.

So, he has to stop Dr. Snyder from revealing Gwen’s secret. He thinks just threatening Snyder will help, but it gets a little more complicated than that. It’s Dr. Snyder who gets physical and it’s also Dr. Snyder who ends up dead so Gwen and Xander have a little problem of a dead body on their hands. What are they going to ever do?

Meanwhile, the case of Dr. Snyder and what he’s up to is also haunting Kayla (Mary Beth Evans). As chief of staff, she has to know what’s going on and Steve (Stephen Nichols) promises his Sweetness that he’ll get her some answers.

DOOL Spoilers – The Jig Is Up For Nicole Walker

Xander seems to be everyone’s concern as Nicole (Arianne Zucker) tries to forget she was ever dumb enough and drunk enough to sleep with the man. She also wants to make sure nobody else ever finds out what she did since news seems to be traveling fast.

Unfortunately, Brady (Eric Martsolf) knows and he’s in shock. How could Nicole allow herself to do such a thing? Nicole is horrified that Brady knows and of course, begs him to keep it a secret. But how can he? This is his brother she is hurting. Then again, Brady has also hurt this brother and has done so over Nicole more than once. Will Brady manage to keep this news a secret?

Days Of Our Lives Spoilers – Chloe Lane And Her Men

Maybe Brady should be focusing on Chloe (Nadia Bjorlin) because Philip (Jay Kenneth Johnson) is determined to get the upper hand in this situation. To that end, he has another big surprise for Chloe in his quest to make her his. Chloe still has some big decisions to make. Stay tuned to Days of Our Lives weekdays to see how these stories play out.