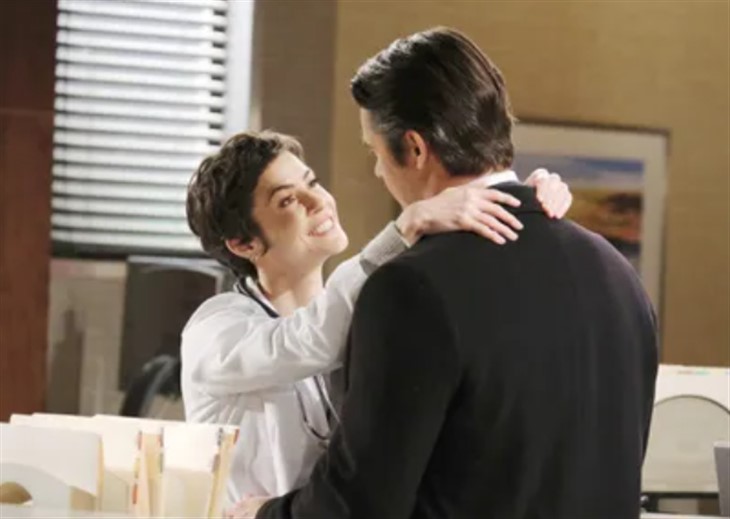 Days of Our Lives (DOOL) spoilers suggest that Xander Kiriakis (Paul Telfer) will once again propose to Sarah Horton (Lindsey Godfrey). Sarah agreed to marry Xander once before but found out he had stolen a child and passed it off as hers. Will they make it to the aisle this time or will Xander find a way to blow it again on NBC Days?

Days of Our Lives spoilers indicate Xander has one thing going for him this time. Xander has cut ties with Victor Kiriakis (John Aniston) this time. When Xander was with Sarah before, he stole Brady Black’s (Eric Martsolf) daughter to keep Maggie Kiriakis’ (Suzanne Rogers) from knowing she killed her granddaughter while drinking drunk. Unfortunately, the whole thing was useless considering that the truth originally came out. Sarah was furious with Xander and they broke up over it. Sarah ended up kidnapping the baby to keep her from her mother as well.

Days Of Our Lives (DOOL) Spoilers: Are Jack And Jennifer Really Over?

Days of Our Lives Sarah and Xander made a fresh start after he forgave him for his actions. Sarah has tried to keep Xander on the straight and narrow way. Xander was doing good with his job at Titan Industries until Philip Kiriakis (Jay Kenneth Johnson) came back into the picture. Now Xander has quit his job at Titan leaving Sarah to support them until he comes up with something else to work at. Will Xander find a new job now that Victor has passed him over again for Philip?

Days Of Our Lives (DOOL) Spoilers: Are Jack And Jennifer Really Over? https://t.co/gs5ki5JsGr pic.twitter.com/baIPY2SRKH

Days of Our Lives spoilers say Sarah isn’t about to put up with Xander plotting revenge against Philip again. Sarah is likely to be just as upset with Victor as Xander is leading her to move into his hotel room with him. However, Sarah has also picked up a cake for Xander that she references in his proposal.

Has Sarah decided it is time to propose to Xander? Perhaps the two of them had the same idea and think it is time to get married. Sarah cannot deny her love for Xander and only wants him to be a better man. Is Xander ready to focus on Sarah and his marriage to her now?

Days of Our Lives Xander is easily distracted by things that he feels are unjust. Will Xander blow his chance to marry Sarah again to get revenge.