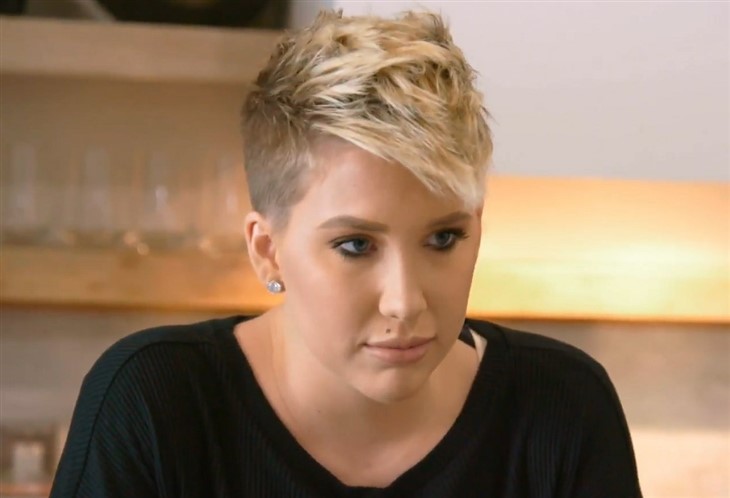 Chrisley Knows Best fans constantly engage in rumors about Nic Kerdiles and Savannah Chrisley splitting. Well, they did break up once before, so that’s understandable. However, at the moment, USA Network fans wonder if they perhaps split again. It came after Nic posted a photo and a caption that came over as stressed and very depressed. Now that Savannah posts about mental health, does it mean they go through more problems as a couple?

Nic Kerdiles and Savannah split back in September 2020, after three years together. In fact, fans waited for a wedding special, as did her dad, Todd. However, it never happened. Then they made up again. But in October this year, fans believed that they went through another split. It came after Savannah posted up a pink card on her Sassy by Savannah account It read, “Roses are red breakups suck But don’t worry girl you’ll have better luck” She captioned the mysterious post with four simple words, “Words to live by.” Well, fans worried that the couple went through problems again and that she hinted at a split.

Chrisley Knows Best fans also felt they had grounds to think they split as in the same month, she seemed to shade Nic. Savannah Chrisley posted in her Stories, saying, “I love dominant men but at the same time if a man tells me what to do I’ll bodyslam him.” This year, Savannah told her USA Network fans that she and Nic keep their relationship private. However, cryptic posts actually just increase the rumors about a split. So, fans assumed that they split again when Nic posted a depressing comment four days ago.

Nic Kerdiles posted about his stressed state of mind on his main Instagram. In it, he mentioned, “the last week has been emotionally draining.” He also talked about “letting go of the negative stuff in my life.” In the comments, a lot of folks thought that he referred to emotional issues between him and his girlfriend. However, others pointed out that he might have just had a bad day at work. That came because he carried a briefcase and looked dressed for work. Still, three days later, Savannah Chrisley promoted mental health, which adds fuel to the rumor fire. 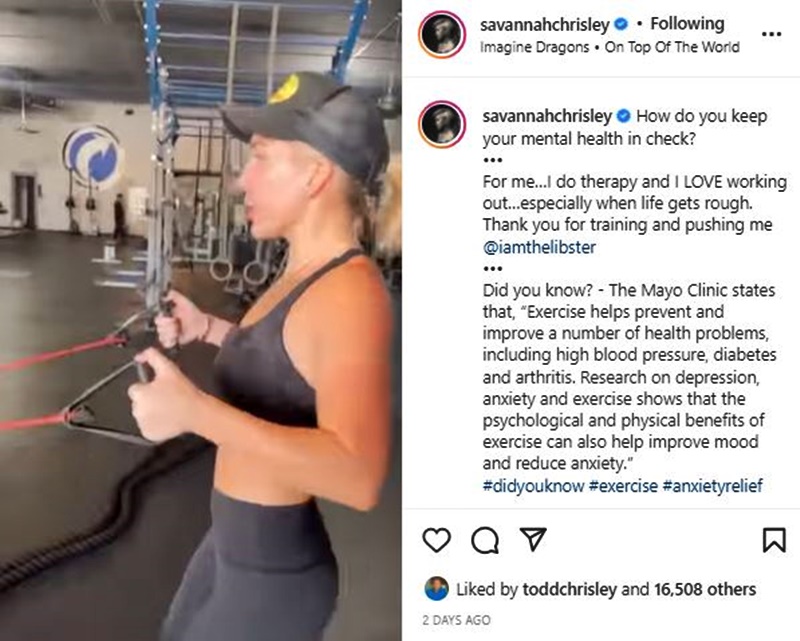 TV Shows Ace tied the two posts by the Chrisley Knows Best stars together. The outlet asked, “did [Savannah’s] post…only [add] more fuel to the fire?” Of course, that’s quite possible, although no commenters correlated the two posts in the comments section of Savannah’s post. In fact, 100 percent of them either thanked her for reminding them to work out and take care of their mental health or congratulated her. Certainly, they seemed impressed with her efforts as she worked up a sweat Still, the outlet seems to have asked a valid question.

Chrisley Knows Best – What Are Your Thoughts?

Do you think that Chrisley Knows Best star Savannah Chrisley posted about mental health and workouts because she stresses about her relationship with Nic Kerdiles? Or, do you think it has nothing to with the depressing-sounding post by him four days ago? Do you think they both hinted at a split? Sound off in the comments below.

Be sure to catch up on everything happening with the USA Network cast right now. Come back here often for more Chrisley Knows Best spoilers, news, and updates.

Y&R Spoilers: Will Connor Try To Manipulate His Parents Into Reconciling Again?