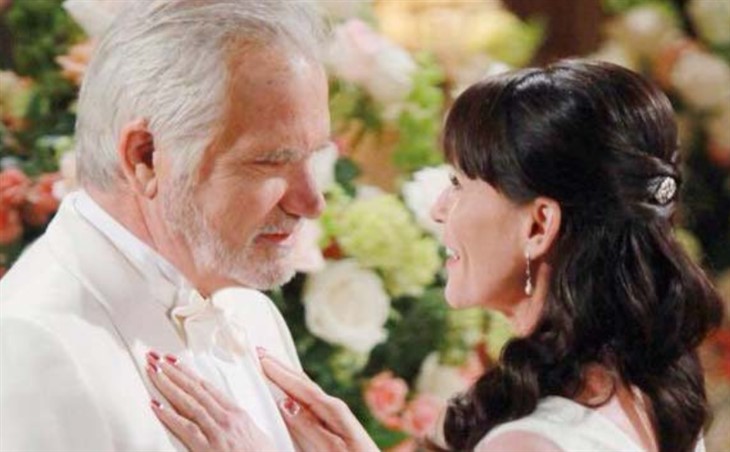 The Bold and The Beautiful (B&B) spoilers and updates reveals the CBS soap could be heading into uncharted territory for a daytime drama series that will shock much of the viewing audience.

Last week on The Bold and the Beautiful Eric Forrester (John McCook) admitted that he is dealing with erectile dysfunction. His wife Quinn Forrester (Rena Sofer) was troubled by the news but is standing by her man. This new challenge could lead the couple down a path of unintended consequences.

Quarter recently admitted they loved each other but parted ways so that Quinn could return to her husband. Eric’s impotence changes the playing field and he is not certain if his condition can be resolved. He is not sure if he can ever make love to his wife again and blames himself in part for the affair because he could not fulfill the sexual needs of his spouse.

It’s possible that B&B might have Eric give his blessing to Quinn to continue having sex with Carter Walton. (Lawrence Saint-Victor) On social media, some fans of the show say they are bracing themselves for this to play out. On sister soap, The Young and the Restless Victor (Eric Braeden) and Nikki Newman (Melody Thomas Scott) once had a brief open marriage but this situation is different.

If the Forresters mutually agree that Quinn can continue a sexual relationship with Carter it will be the first time two specific issues have been tackled on daytime television. The first is addressing ED and the second would be a husband sanctioning his wife’s affair. If B&B goes this route Quarter’s feelings for each other could deepen which will only add to the drama. Stay tuned to find out what Eric and Quinn mutually decide regarding his inability to perform.