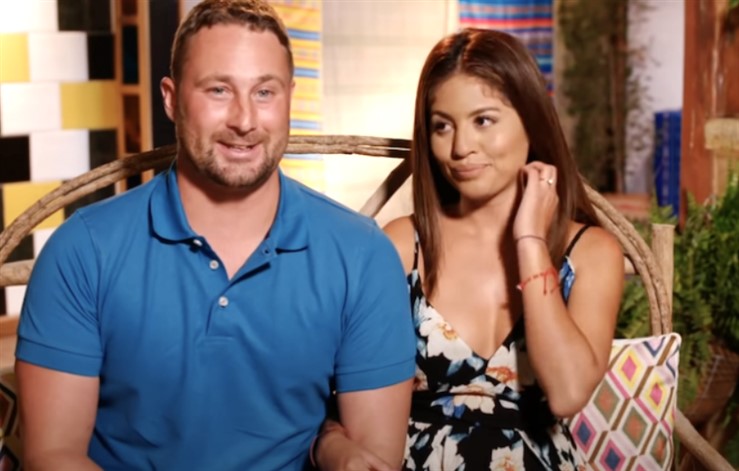 Life has never been smooth for 90 Day Fiancé: The Other Way stars, Corey Rathgeber and Evelin Villegas. For that reason, some fans are surprised to see them return for the new season of the TLC reality show. A trailer for Sunday’s season 3 debut episode reveals that Corey and Evelin are still having major problems in their romance. This includes the fact that they still haven’t married and the revealing news that Corey cheated on her during a break.

Corey and Evelin’s relationship began when Corey was on vacation in Ecuador, where they fell in love. Since that time, the couple has broken upon a number of occasions. On top of this, 90 Day Fiancé fans are convinced that Evelin is only using Corey for money.

Corey eventually moved to Ecuador to be with Evelin but the relationship is still on rocky ground. Evelin is wary of marrying Corey, as he hasn’t kept his promises, including learning Spanish and interacting with her family. She believes that neither of them is ready to tie the knot. Along the way, the couple broke up once again and Corey spent a month in Peru, surfing and generally having a good time.

Corey believed that they had broken up, while Evelin insists they were just on a break. Talking of that difficult time, he says in the teaser that he was “devastated.” In fact, he was heartbroken and just wasn’t right in his head. Corey said Peru was cheap, there’s good surf and it was close. However, after a month, he decided it was time to head back to Ecuador, gather his things and move on in his life.
Pandemic affects Corey’s plans

Just as Corey decided to return to Ecuador, the pandemic happened and everyone went into quarantine. To make matters worse, he said Evelin found out through her friend that he had been seeing another girl while in Peru.

In the teaser trailer, Evelin explains to the cameras that she was mad when she found out Corey had been cheating with a woman named Jenny. However, he claims that he only “hung out” with her for four days. After a little pressure, however, Corey did admit there was “more to the story.” However, he claims they were broken up at the time, so he doesn’t feel it’s cheating. Meanwhile, Evelin insists they were only on a break. Watch the teaser trailer HERE.

TLC 90 Day Fiancé Spoilers – Season 3 Of 90 Day Fiancé: The Other Way premieres Sunday At 8 pm ET/PT On TLC. It Will Also Be Available For Streaming On Discovery+.