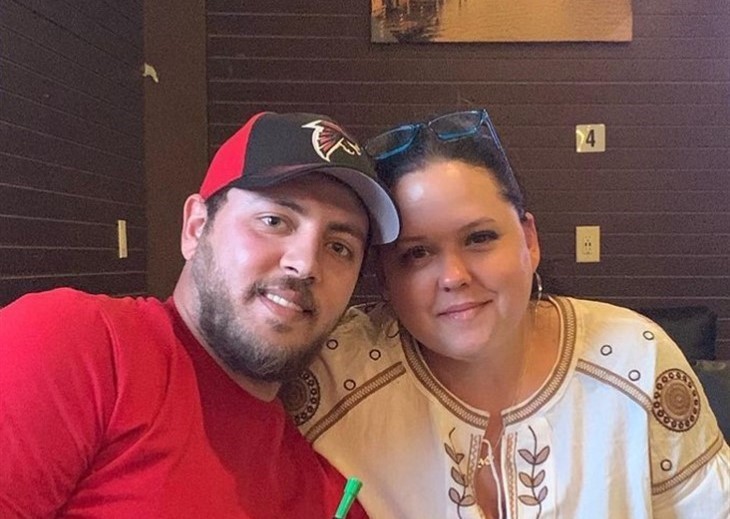 90 Day Fiancé star Rebecca Parrott, 50, has been undergoing a number of procedures to improve her figure and her face. The TLC reality star recently posted the results of her plastic surgery to her body but has now revealed her new-look face. When posting the images to her Instagram story, Rebecca called herself a Bratz doll.

Rebecca Parrott, 50, and Zied Hakimi, 27, recently starred in season 8 of 90 Day Fiancé. The series proved that not only are Rebecca and Zied still together but have also celebrated their first wedding anniversary. That season of the TLC reality show revealed that Zied had gone through a major transformation. The younger Tunisian guy had cut his long hair, trimmed his beard, lost some weight, and started wearing glasses. He looked so good that fans believe this may have inspired Rebecca to go through a little self-improvement herself.

Rebecca has not only gifted herself a new body, but her latest cosmetic procedure has given her a new face. In images posted to Instagram, Parrott admits she “can’t stop smiling.” Many fans believe she looks more gorgeous and confident than ever, while Rebecca dubbed herself a “Bratz doll” for her new lips. 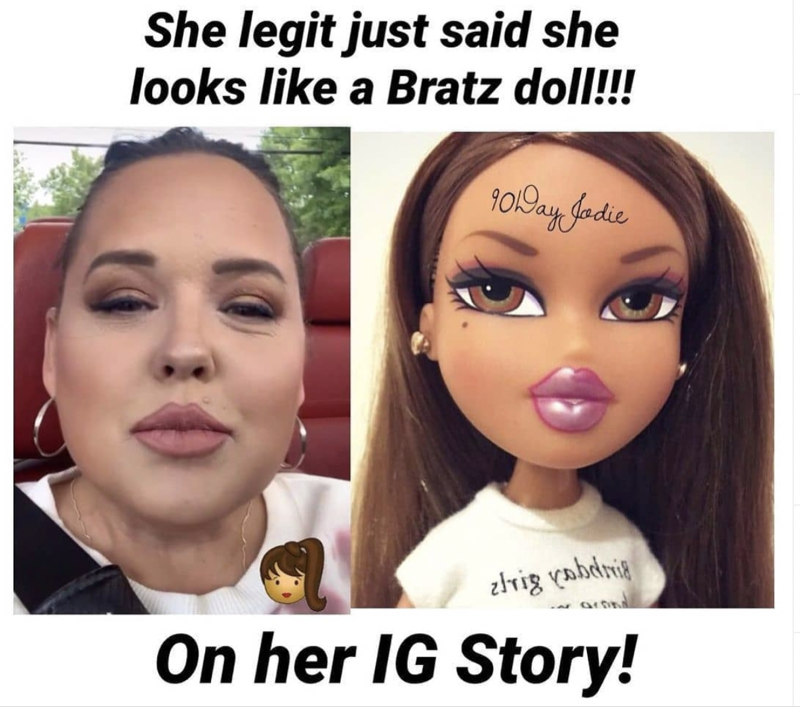 Parrot got her new waistline from Sono Bello, which drew compliments from fans. On the 90 Day Fiancé Tell-All, fellow cast members also applauded her new look. However, in her recent Instagram stories, Rebecca has warned fans about the treatments. As she prepared for her lip fillers, she admitted that “beauty is pain.”

In a more recent post to her Instagram page, Rebecca revealed an image of herself and Zied, enjoying hookah and coffee in the Sultana Hookah & Lounge. In the image, she reveals her swollen face, after undergoing the treatment.

Besides the fillers, Rebecca also admitted she didn’t like her own chin, which led to her getting Kybella. She then had the lines erased from her forehead with a Dysport treatment.

The day after her treatment, Rebecca and Zied enjoyed a romantic drive, where the TLC star shared, “So, I got my lips done yesterday, I love them,” in a singsong voice. As she asked Zied if he approved of her new look, she said, “I’m so freaking happy.” It was at that stage she admitted she looks a little like a Bratz doll.

While most fans are happy for Rebecca, not everyone is impressed. In fact, a 90 Day Fiancé fan page @90daywdfb*tch posted a meme. In the image seen below, they placed Rebecca’s face next to a real Bratz doll for effect. The comments included such gems as, “she is so into herself,” and “gotta keep that young husband interested.” Once particularly nasty jab read, “the neck skin doesn’t lie.”

While Rebecca seems to be following in the footsteps of Larissa Dos Santos Lima, like that fellow former costar, Rebecca is obviously happy in her own skin, despite what people say.

Days Of Our Lives (DOOL) Comings And Goings: Chrishell Stause Is Back As Jordan Ridgeway