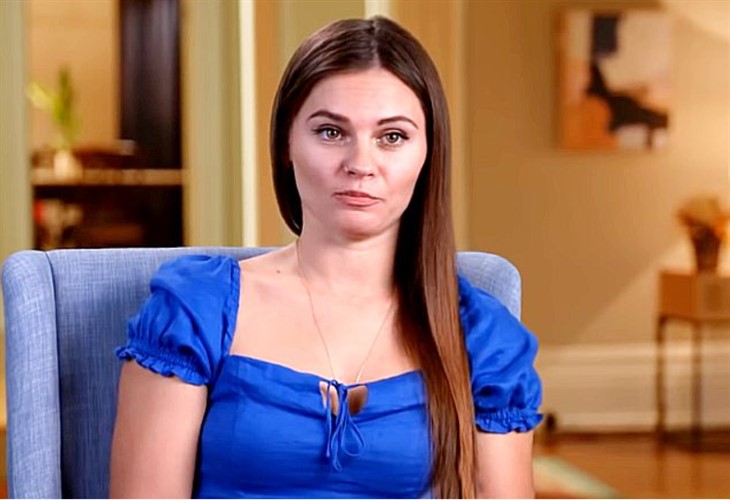 90 Day Fiance star Julia Trubkina is getting criticism for promoting a particular weight loss product. The wife of Brandon Gibbs seems eager to lose some extra pounds with the help of this item.

Apparently, it did not sit well with some fans, who called Julia a “hypocrite.” Check it out below.

Julia Trubkina and her husband, Brandon Gibbs recently made their debut on the 90 Day Fiance: Pillow Talk. The couple seemingly enjoys their new gig, giving witty commentaries about the other cast members of the show.

Julia and Brandon first teased their Pillow Talk gig earlier this month, promising it’ll be “super fun.” “Great news we are in Pillow Talk. We so happy to have been to part of it,” she wrote.

However, not everyone’s happy to see the 90 Day Fiance couple on the hit spinoff. Apparently, some viewers were not impressed by Brandon and Julia’s humor. There were also some that find the couple cringe, especially when they try to be funny in front of the cameras.

Still, there’s no stopping Brandon and Julia from doing their thing. The couple continues to be themselves and their avid fans are loving it.

Eagle-eyed fans spotted something on Julia Trubkina that caused health concern. During one of her Pillow Talk episodes, Julia appeared to have a swollen thyroid, sparking speculations that she’s facing some health problems.

Julia quickly addressed the matter after getting worried messages from fans. However, Brandon Gibbs’ wife did not confirm nor deny anything.

The Russian native pointed out that she doesn’t want to talk about her health publicly and prefers to keep it within the family.

“Guys, after Pillow Talk, I have received so many messages of kind people, thanks for your support,” Julia wrote. “I don’t like to talk about my health with no one, but thank you for worrying!”

Meanwhile, Julia Trubkina faced some harsh criticism for promoting a weight loss product. The 90 Day Fiance star was labeled a “hypocrite” for endorsing such an item despite her stand on losing weight fast the easy way.

In the past, Julia made it clear that she opposes the idea of fast weight loss methods, including plastic surgery. She even called women “lazy” for resorting to surgery for losing weight.