90 Day Fiancé: Julia Trubkina Claps Back At Critics In Video, Says She’s Not The ‘Villain’ 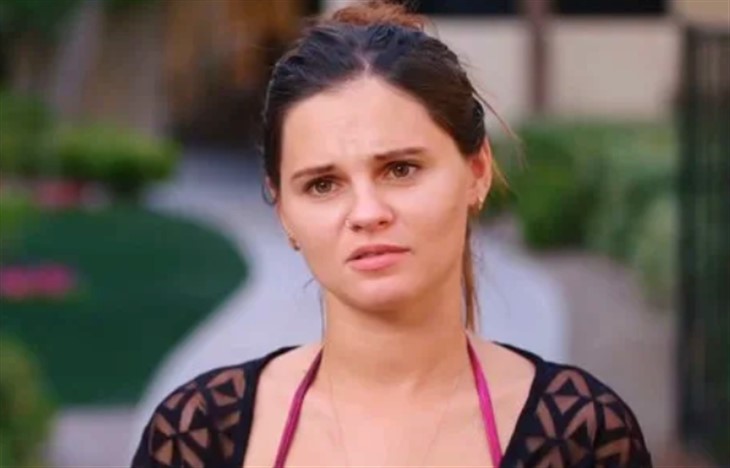 After the drama that ensued between her, her husband, Brandon Gibbs, and his parents, Betty and Ron Gibbs it is not surprising that Julie Trubkina would go as far as making a video to set critics straight.

The reality TV couple hit a few rough edges on their way to the alter, including simply deciding on a wedding date, but ultimately got hitched in Season 6 of Happily Ever After.

In the tell-all reunion episode, Brandon, 27, and Julia, 26 talked about the move away from Brandon’s family farm in Dinwiddie, Virginia to a Richmond apartment that was just 40 minutes from the farm.

This turned the conversation to Brandon’s mother Betty, who then brought up husband, Ron’s health issues.

In the August 15 tell-all episode, Betty discussed their heavy responsibilities on the farms, saying, “We’re not getting any younger and there is gonna come a time when … we don’t know how much longer we’re going to be able to do this just by ourselves and Ron’s in the process of retiring,” and then adding, “He’s had a few health issues, this might take its toll on him for a while until he’s finished with his treatments.”

Ron, for his part, made sure to emphasize that he was a “strong guy” who was expected to make a “full recovery.”

Fans may recall, from previous episodes, that Julia had been very excited about moving to the new flat with her husband and was in no way keen on moving back to the Gibbs’ farm or even to a nearby house that was for sale.

She had told host Shaun Robinson, “This is not [going to] happen.”

She made sure to emphasize that she didn’t even want to discuss it further, saying, “I don’t want [to] give attention to this because it’s not [going to] happen,” going on to say that she didn’t want to return to the life they had before they left the farm.

Per In Touch Weekly, On Monday, August 23, the couple indicated that they have “big plans for the future” that they will be sharing soon.

The couple might very well be moving closer to the farm.

Only time will tell.

You can catch episodes of 90 Day Fiancé: Happily Ever After on Fridays at 6 & 11 PM on TLC.

The Young And The Restless Comings And Goings: Skyle’s Roman Holiday Is Permanent