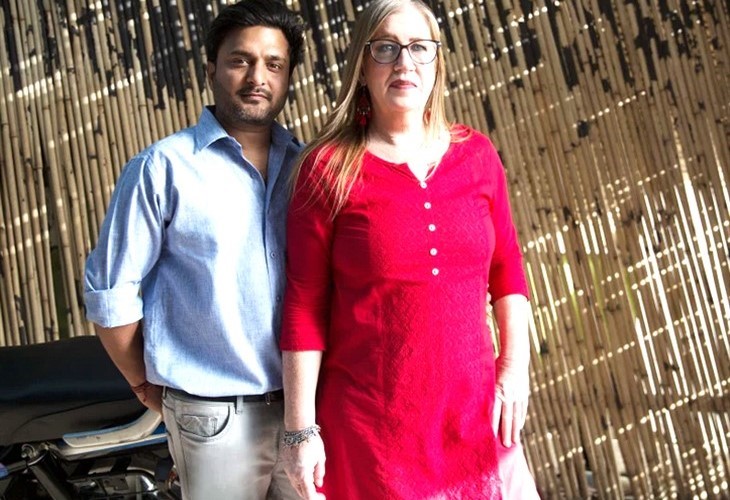 90 Day Fiance star Jenny Slatten has been making headlines as she continues to wait for her wedding with Sumit Singh. Apparently, it’s been quite some time and fans still haven’t heard any progress from their marriage.
The latest season of The Other Way also shows the two still struggling on finding the right time to tie the knot. However, fans think that someone is responsible for their marriage to never make any progress, and it’s none other than Sumit himself.

Some even think that Sumit would never marry Jenny at all and here’s why.

90 Day Fiance fans have been keeping their eyes close to Jenny Slatten and Sumit Singh. Apparently, the two have been criticized for their huge age gap during the early days of their relationship. However, it’s no longer the case as fans think that they have a bigger problem.

Apparently, viewers claimed that Sumit appears to be the one who’s been trying to stop his wedding with Jenny. According to some, Sumit doesn’t really want to marry Jenny and only wants the relationship “just for fun.”

Viewers have seen Sumit seemingly trying to delay the progress of their engagement during their past seasons as well. At one point, fans noticed that Sumit is often putting his parents in the middle of his wedding with Jenny, which ultimately led to multiple arguments and disagreements.

During their latest episode in 90 Day Fiance: The Other Way, Sumit Singh and Jenny Slatten seek an Astrologist to find answers about why they haven’t gotten married yet.

According to the Astrologist, Jenny and Sumit should wait for their time to come. The Astrologist also suggested that the two never rush their marriage and continue loving one another.

However, Jenny appears to be in a rush as her visa is about to expire. Due to this, the two are trapped in deciding what would they do next. Meanwhile, fans think that it’s just one of Sumit’s antics to stall their marriage
90 Day Fiance: The Two Remain Together, But For How Long?

90 Day Fiance stars Jenny Slatten and Sumit Singh have been together for quite some time now. The two also love to share pictures of them together on Instagram. It’s clear to see that they truly enjoy being together.

However, fans think that their long wait for their marriage would break them apart. Due to this, fans are hoping for Sumit to finally step up if he really wants to marry Jenny. Otherwise, fans think that it’s best for Jenny to go back home.