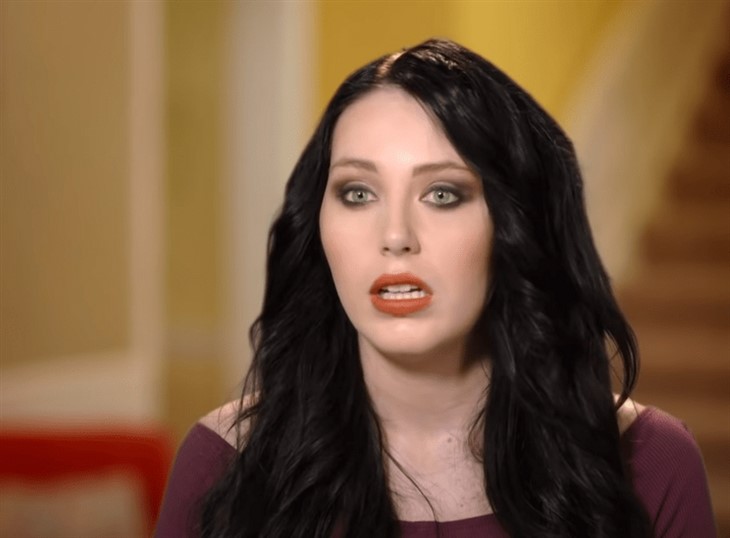 90 Day Fiancé alum Deavan Clegg recently took to Instagram to update her followers on the custody battle she has been fighting with Jihoon Lee. She shares a young son, Taeyang, with the South Korean native, who she left to return to the USA. It seems Deavan had success in the custody fight, while also updating her fans on her latest news.

90 Day Fiancé fans first met Deavan Clegg and her Korean lover, Jihoon Lee, on season 1 of the TLC spinoff, The Other Way. She and her daughter, Drascilla, from a previous relationship, packed up and left Utah to move to Seoul to be with Jihoon. While they did get married, the relationship was doomed from the start, leading to Deavan leaving Jihoon and returning home with Drascilla and Taeyang. Since that time, she and Jihoon have divorced and have been fighting a custody battle over their son for some time.

Since arriving back home in Utah, Deavan has met an American Korean man, Topher Park, from Los Angeles and is now living happily with her daughter and her son. The former reality star makes many posts about her happy life, sharing images of Topher and the two children. Among these was a cute clip of Drascilla and Taeyang walking hand in hand.

Recently, Deavan shared that Drascilla was enjoying her first day in school, but it turns out little Taeyang also experienced a major milestone in his life. The two-year-old boy just had his first professional haircut.

Clegg captioned the cute image, writing “He looks so handsome,” adding, “He did so great.” With many knowing that a first haircut can be a trying experience, Deavan’s followers sent plenty of love to the little guy. 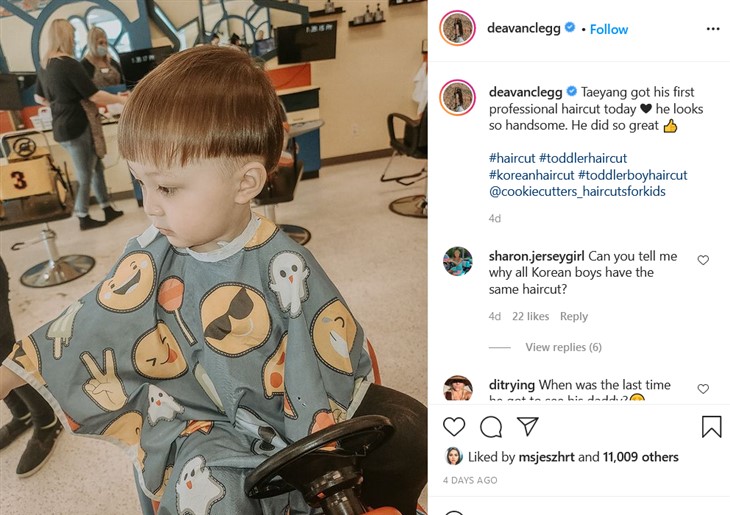 However, one fan did ask Deavan, “When was the last time he got to see his daddy?” Clegg was quick to respond, “I was awarded full sole and physical custody.” In the comment, Deavan also mentioned that the judge suggested Jihoon take “anger management and parenting classes,” in which case he would be allowed phone calls. Meanwhile, Taeyang’s mom pointed out that Jihoon had never tried calling or FaceTiming Taeyang and that she hasn’t heard from him.

Lee has also been quiet about his son on Instagram, except for a flashback image of Taeyang, posted on August 23:

Jihoon captioned the image in Korean, “The child is growing well haha.”