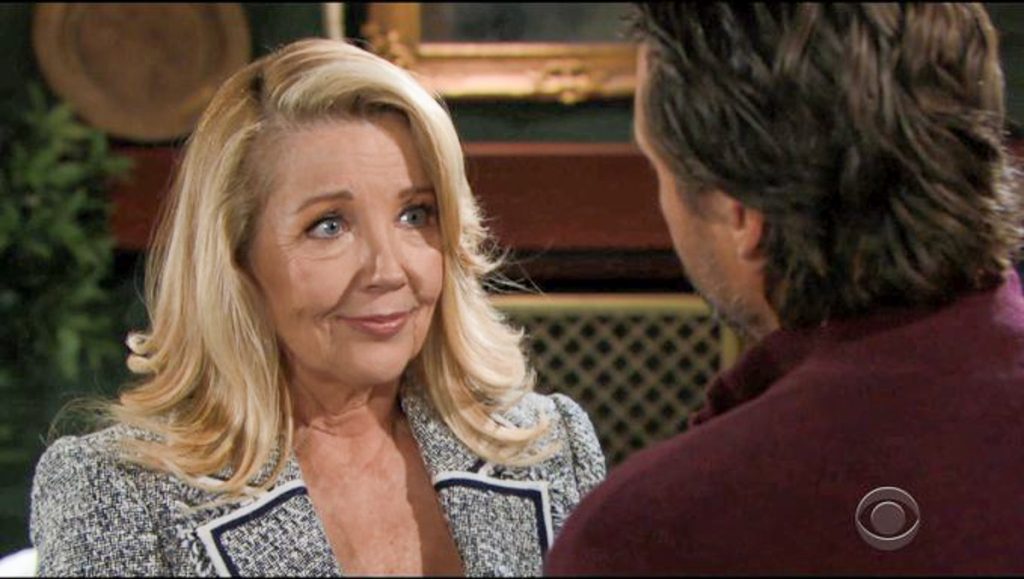 The Young and the Restless spoilers reveal that fans everywhere want to know when production will resume. Everything is so uncertain right now. If anyone is going to know when filming will begin again, then surely the stars do… right?! On Twitter, Melody Thomas Scott (Nikki Newman) answered questions from fans, which included the topic of shooting new episodes.

Young and the Restless Updates: Soap Stars Still Under Quarantine

Y&R spoilers reveal that the cast of the CBS soap opera has been under stay-at-home orders for nearly two months now. While parts of the country are beginning to do “soft openings,” this is not the case for Los Angeles. COVID-19 has hit the area hard and in order to protect human lives, the quarantine orders have been extended.

Since production on The Young and the Restless has stopped and new episodes ran out, CBS has been airing classic episodes. The stars have hopped on social media to chat about the scenes. On Tuesday, it was Scott’s turn and she chatted with fans on Twitter.

The Young and the Restless spoilers reveal that some questions for Scott were about the classic scenes. However, others were about when filming would resume. Unfortunately, the actress isn’t sure when that is going to happen.

.This is Day 54 for us in quarantine. We have not heard when we will be shooting new episodes. So much is unknown. The lead time for airing new episodes may be different, so I don't want to set anything in stone. We'd like nothing better than to go back to work.❤️❤️❤️ https://t.co/NzKK17ujzW

“This is Day 54 for us in quarantine. We have not heard when we will be shooting new episodes. So much is unknown. The lead time for airing new episodes may be different, so I don’t want to set anything in stone. We’d like nothing better than to go back to work.”

CBS Young and the Restless Spoilers: When Will Y&R Return?

One important factor that viewers need to remember is that once filming a scene ends, it doesn’t automatically end up on the air. There is a lot of work that goes on behind-the-scenes to get an episode ready for broadcast. So, even if filming were to resume today, it would take some time before we would actually see that episode on TV.

Although we love and miss our soaps, the most important thing is everyone’s health. That must come first. Hopefully, the coronavirus will be under control quickly so everyone can go back to work in a safe and healthy environment.

What do you think of what Melody Thomas Scott had to say about filming new episodes? Are you enjoying the classic storylines and the stars interacting with fans on social media?